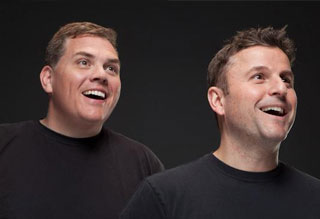 Listen as Doug speaks with Steve Lemme and Kevin Heffernan ahead of their shows at Goodnights Comedy Club.

You’ll remember the pair from Super Troopers, listen as they give the inside scoop on the sequel! They also talk about the difference between doing comedy in movies vs stand up comedy.