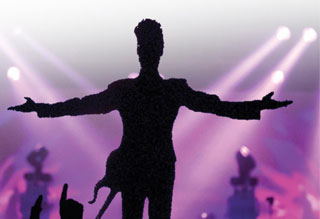 On Prince’s Birthday, Doug Austin reflects on his legacy:

Hard to believe he’s gone… and it’s been just over a year. Prince broke every rule, as a writer, producer, multi-instrumentalist, actor and incredible live performer. Eric Clapton was once asked whats it is like to be the worlds best guitarist, and Slowhand’s answer was “I don’t know, you’d have to ask Prince” High praise indeed. Prince seamlessly married funk, soul, rock, psychedelic and even elements of gospel into his music. It defied labels, much like himself, in his song Controversy “Am I Black or White? Am I straight…or Gay?” A Gender-bending, pioneer, far ahead of his time, packed into a 5’3″ frame plus heels, who left a wake far and wide enough for so many to come behind and write their own story.

To say Prince changed everything is an understatement. In the early MTV age, he blazed a trail for artists of color to be seen and heard. He gave away songs to artists he wrote so many. He made stars of Morris Day and the Time, Shenna Easton, & Vanity 6. At the top of his success, he blew up his band and reinvented a new one with new members. He refused to be a corporate pawn, and ditched his own name in favor of an unpronounceable symbol. He defied record label demands and released his music himself without label support, not just changing the rules, but shattering them to pieces.

The world will never see another like him, we can count ourselves lucky top have lived, and witness his talents in our time.