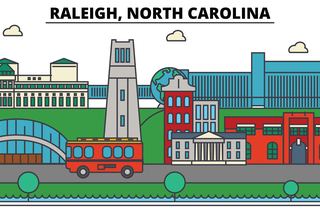 Thanks a lot, Thrillist. Actually, we really mean that–because they’ve included Raleigh’s downtown Warehouse District as one of the 12 neighborhoods in America that are about to get “crazy popular.”  Why?  Well, they say it’s for a number of reasons, including the $80-million dollar The Dillon, under construction on S. Harrington Street.

If you haven’t spent time in the Warehouse District, you’re missing out.  And, so is your stomach (mmm…the food!) and your eyes, which can take in some awesome contemporary art.  In my opinion, the Warehouse District in downtown Raleigh was the city’s last “Best Kept Secret”…and now that secret is out.  Check the article out for yourself–and then go grab some BBQ for dinner tonight at The Pit.  –Alli