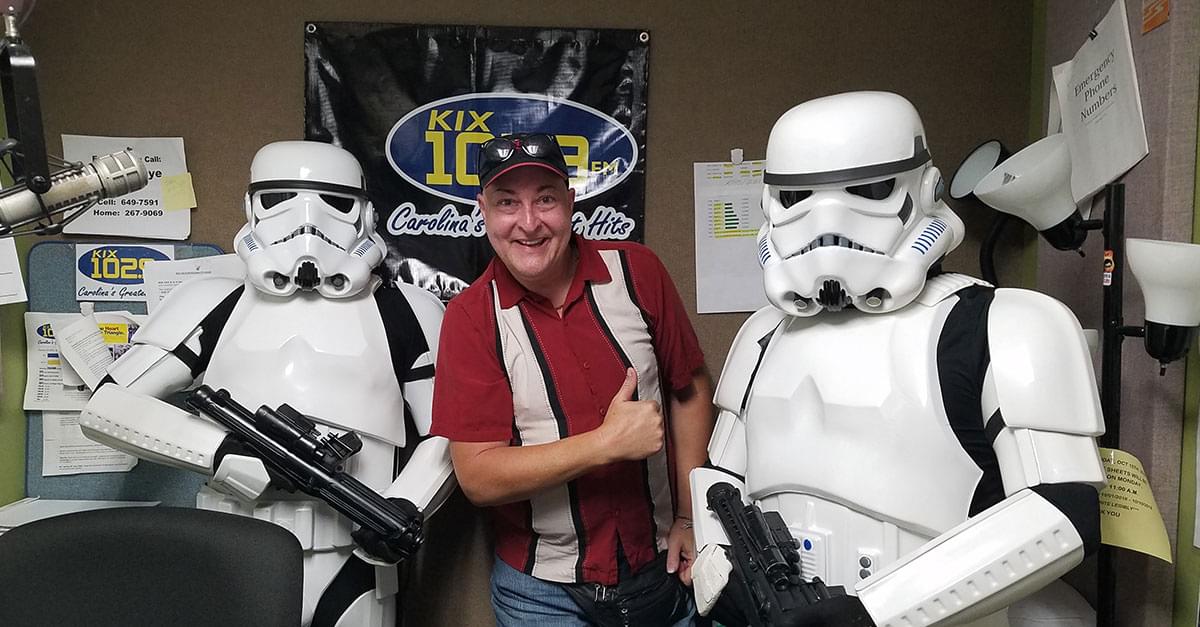 Storm Troopers have invaded Kix and the NC Symphony in celebration of the NC Symphony’s “Star Wars: A New Hope” in concert at Meymandi Concert Hall October 5th – October 7th.

Listen as Doug speaks Seth and Jim, members of the 501st Legion and the Rebel Legion a group of local Star Wars reenactors.

Check out those costumes! Ever wonder how the 501st Legion and Rebel Legion get such realistic costumes? (Hint – they aren’t sold in stores!)

“These costumes, we have to make ourselves. We have members that do vacuum forming and create the plastic pieces. Then we have to assemble them ourselves,” shares Seth.  “These [the blasters] are based off a British sterling sub machine gun, but these are replicas so it’s just PVP plastic and resin, there’s nothing real about them. You can get into a costume for $600 or so.”

The best part is – the 501st Legion and Rebel Legion do this for fun and charity. They do a lot of work with UNC Children’s, Duke University Children’s Hospital, Make-A-Wish Foundation, and the Juvenile Diabetes Research Foundation.

The 501st Legion begin in Columbia, South Carolina in 1997. It has expanded covering 50 countries with 10,000 members. They have local chapters wherever you go!

See the 501st Legion (the bad guys!) and the Rebel Legion (they represent the good guys!) at the NC Symphony’s “Star Wars: A New Hope” in concert at Meymandi Concert Hall October 5th – October 7th. 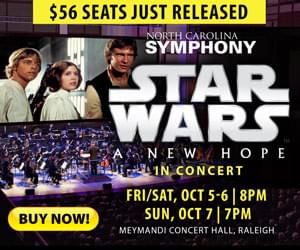 Experience Star Wars like never before! Sit back and cheer on Luke and Leia in their first epic battle with the Galactic Empire—the iconic 1977 film Star Wars: A New Hope plays on the big screen as the Symphony performs the heart-thumping John Williams score live.