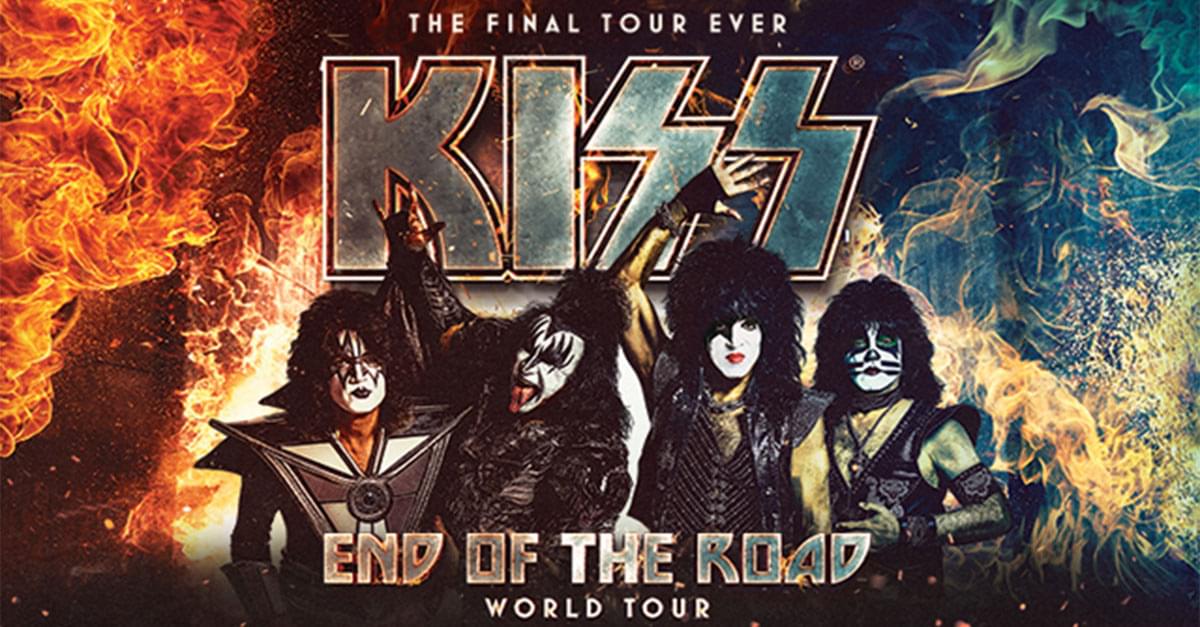 Listen as Doug and Jenn speak with Gene Simmons and Eric Singer of KISS!

KISS is saying their goodbyes, but not before giving the world one final tour!

Coming to Raleigh on April 6, 2019 at PNC Arena, Gene and Eric explain the purpose of this tour, “We wan’t to go out one last time, and thank the fans for making our life possible, because without you, we’d be nothing and nobody. So, this is going to be the biggest, baddest KISS show of all time, and that’s saying a lot.”

45 years and countless accolades later, these guys don’t want the tour to be about them, but rather shine the light on their fans. Eric compared this tour to the Victory Lap in the Olympics, “The Victory Lap takes longer than the actual race itself…I want to share how I feel with you that have given me this, so that’s what this is about.”

KISS has always been about the fans, particularly Veterans. Like they have in the past, they’ll honor those who are and have served our country during this tour. Gene calls those in uniform our “Wake up call.” He also touches on the most recent tragic event in Pittsburgh, “We’ve got to fight evil in any form it comes. We’re not allowed to let this stuff pervade our society. We’re still the greatest country on the planet…”

Don’t miss your last chance to see KISS in Raleigh on April 6, 2019 at PNC Arena!