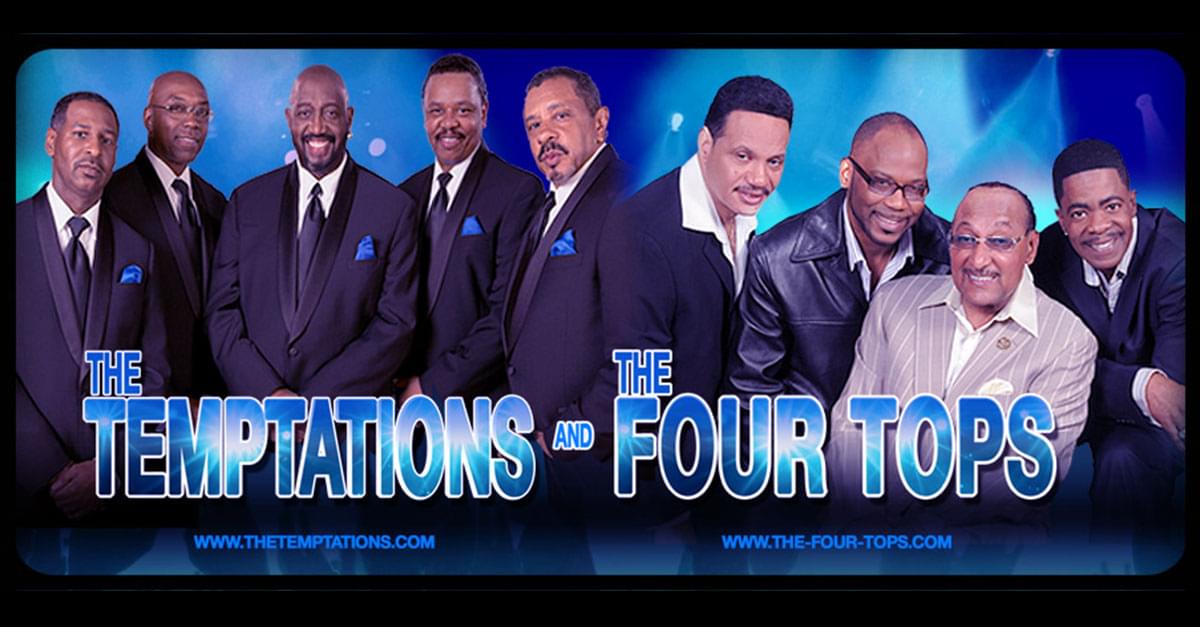 Returning by popular demand, Motown legends The Temptations & The Four Tops come back to DPAC on Friday, August 23, 2019!

These vocal powerhouses boast four sold out performances at DPAC, and guests can be guaranteed a legendary night of all their favorite hits.

For more than fifty years, The Temptations have prospered, propelling popular music with a series of smash hits, and sold-out performances throughout the world.

The history of The Temptations is the history of contemporary American pop. An essential component of the original Motown machine, that amazing engine invented by Berry Gordy, The Temps began their musical life in Detroit in the early sixties. It wasn’t until 1964 however, that the Smokey Robinson written-and-produced “The Way You Do the Things You Do” turned the guys into stars.

One of Motown’s most consistent hit-makers, The Four Tops are among the most stable and consistent vocal groups.

Their first Motown hit, “Baby I Need Your Loving” in 1964, made them stars and their sixties track record on the label is indispensable to any retrospective of the decade. Their songs, soulful and bittersweet, were across-the-board successes. “I Can’t Help Myself (Sugar Pie, Honey Bunch),” a no. 1 R&B and Pop smash in 1965, is one of Motown’s longest-running chart toppers.

Tickets on sale Friday, November 30th at 10am via DPACNC.com