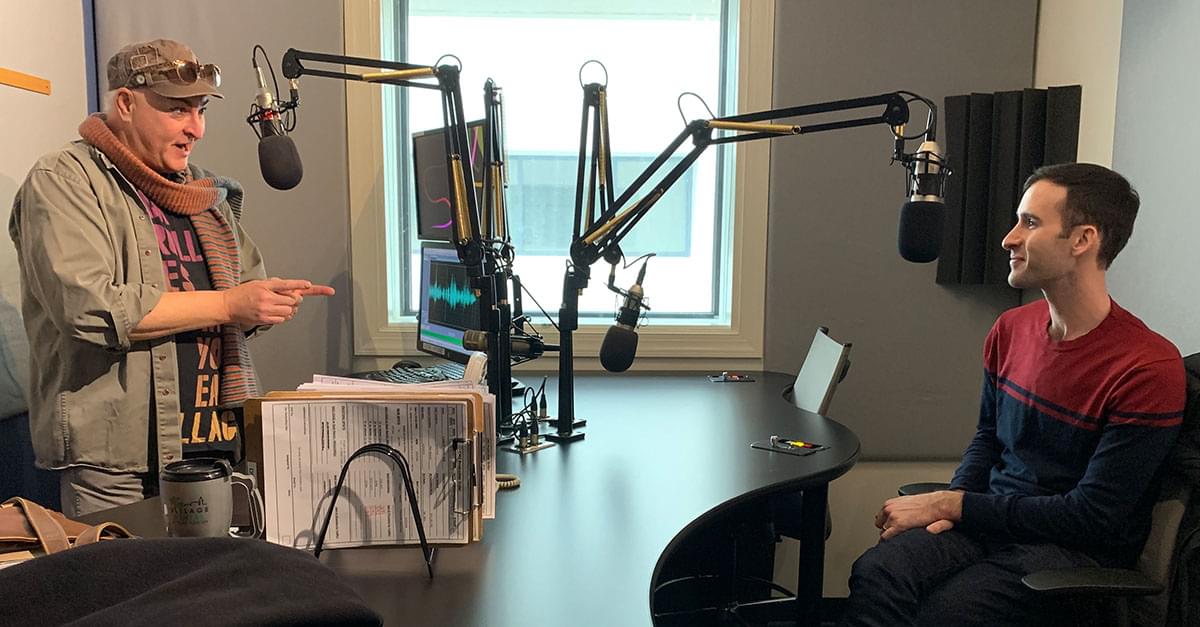 Listen as Doug speaks with Eric Williams of Elf The Musical playing this weekend at DPAC!

Doug chats with Eric Williams, who plays ‘Buddy the Elf’ in Elf The Musical, based on the hit movie Elf. Eric isn’t a stranger to Christmas musicals, he actually has played this very same role before as wells as ‘Papa Who’ in The Grinch on broadway. “Christmas is good to me” Eric says.

With its outstanding choreography, Elf The Musical will make you want to jump up and dance! Eric talks about what he loves about the musical, “There’s so much heart to it, but it’s also a broadway spectacle. The sets are incredible, the costumes, the dancing is insane. Our ensemble works their butts off, they’re amazing!”

Eric has some pretty big shoes to fill, as the film Elf was such a huge hit, so he comments about approaching Will Ferrell’s lovable character in his own way. He says, “Will Ferrell is incredible, the most amazing comedic actor. But people love him so much in the movie because yes, he’s Will Ferrell, yes, he’s zany, but he brings the genuine honesty to ‘Buddy.’ So, when people see the show, they want to find that same genuine honesty. I cannot be Will Ferrell, so what I try to do is bring that same honesty, that excitement, that zaniness, but have my own little Eric Williams twist to it. So people will still relate to him, but then be like ‘Oh, this is different, but still feels familiar.'”

You might notice a few creative differences in this show compared to the film, Eric says. “There’s a couple, little things. But besides that, once you realize the heart of the story is the same, if you release those expectations and just bring the zaniness, the excitement, the honesty, the true genuine magic of Christmas and the holidays, it actually all comes together beautifully…”

The show is even doing something special, “We have an Autism-friendly performance, Saturday at 10am. It’s going to be so special, I’m really excited to share the story with everyone” Eric says.

Elf The Musical is playing now through December 9th at DPAC!