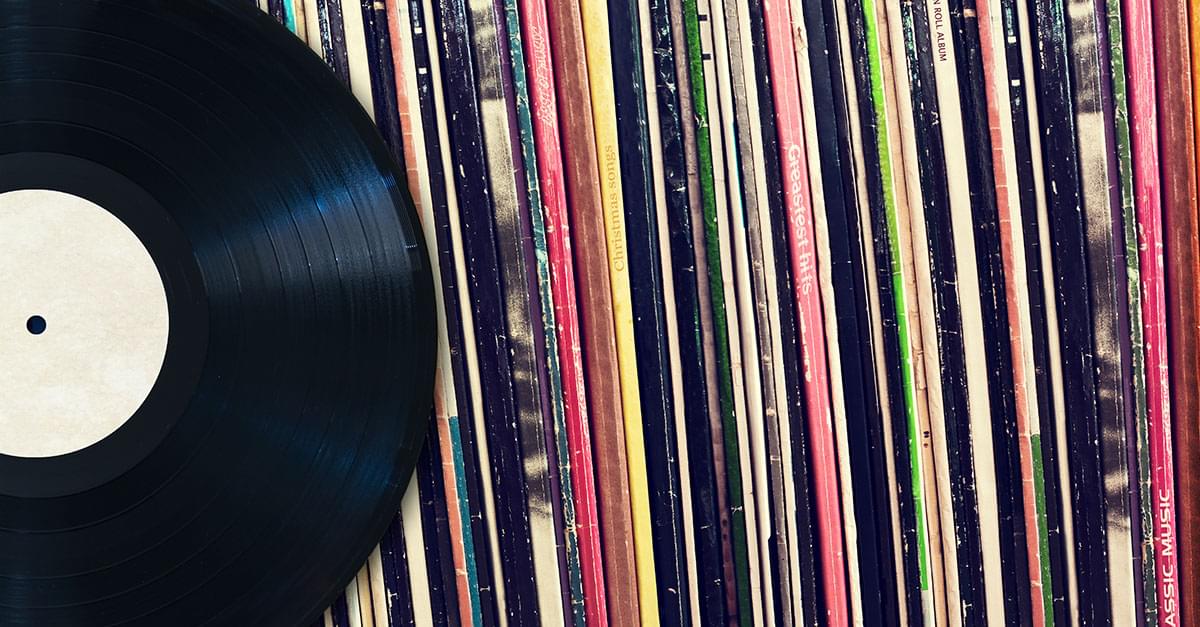 Fresh back from a Florida vacation trip to see family, soak in the sun and escape winter for a week.

I decided to drive this time, instead of the usual fly in for a few days and rent a car, I called it “Windshield Therapy”. Just driving and playing music and listening to other radio stations (BTW- nothing sounded as good as KIX!) and while it was a break, it was also a search for vinyl records.

I found titles of things I’ve been hunting for years, scored some original Beatles 45’s from ’64 and early Jamaican music that was the precursor to Reggae, Ska, Mento and Blue Beat. I FINALLY found the illusive early Prince albums, I got to chat with the owners of the stores, and share our love of the ultimate unifier….music.

As I flipped through the 12″ discs, I would occasionally come across something out of place, and by either force of habit, or my overly obsessive need to organize, would pull them out to place them in the correct alphabetical order. (Pablo Cruise doesn’t go under “C”, there was no one name Pablo in the band!) I used to spend hours in record stores, even worked in a few before doing radio, and nothing smells like records, CD’s never captured the glorious art work of albums being less than half the size, and digital music just doesn’t sound the same as warm, as real and natural a record does. I set a limit of $200 for this adventure, I broke the bank going over by more than $75 bucks , but worth every penny to get them in the collection.

Back in the 80’s, there was a store called Bananas in St. Pete (it was like a local version of Peaches, or Strawberries in keeping with the fruit monikers I guess.) I saw my good friend JB and he told me they still exist but had moved, I Googled the address and started there on the way out to head home.

To my surprise, it wasn’t in a strip center or even a retail area at all. It was in a warehouse section among a window and door manufacturer, self storage and a restaurant supply company, but there it was …same logo I remembered, with “Vinyl Warehouse” added so up steps to see what it was all about.

As I opened the door, my eyes must have grown to the size of dinner plates, because Tyson, the guy behind the counter, sez: “1st time here?” I gave a long drawn out “Yeaaaa…” and he goes “Here’s your map, I’ll point out the sections and let you have at it, here is the Elvis wall, here is our Sinatra wall, and over there is our Beatles wall, solo stuff on the bottom” They’re not in bins to flip through, they’re on shelves like library books, spines out, floor to ceiling. The have 3 million tiles, and multiple copies of just about everything. I asked for the soundtrack to The Harder They Come, the Jimmy Cliff movie from ’72, he shows me 3 copies to choose from. Ok how ’bout the Bus Boys American Workers? Sure, 8 copies here….Little Feat Waiting for Columbus? yea, even got the Mobile Fidelity Original Master for 20 bucks. This goes on and on, and literally every single title I tossed out, that has eluded me, is here, sandwiched between row after row in 6500 squ. ft warehouse outside of downtown St. Petersburg Fl. I’m already planning another visit this Summer, and carving out a day to dig in again. There are plenty of articles, videos and of course the official website if you want to find out more about the place that bills itself as “The World largest vinyl record collection”