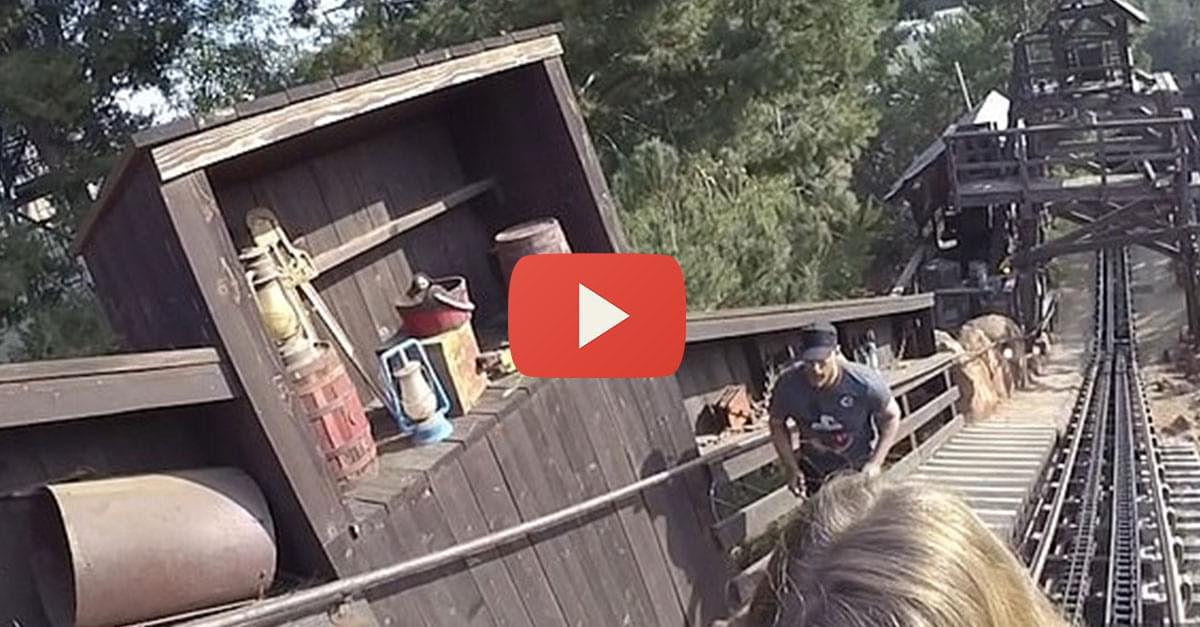 He caused everyone to be evacuated!

A man jumped off the Big Thunder Mountain Railroad ride in Disneyland after he dropped his phone!

The footage was taken in January 2018, but has recently gone viral!

The video shows the ride reaching the top of a climb then the ride suddenly stops. A man is seen walking past them to ‘retrieve his phone’ as an announcer says the ride is experiencing ‘operational difficulties’.

Everyone then had to be evacuated! Not cool!