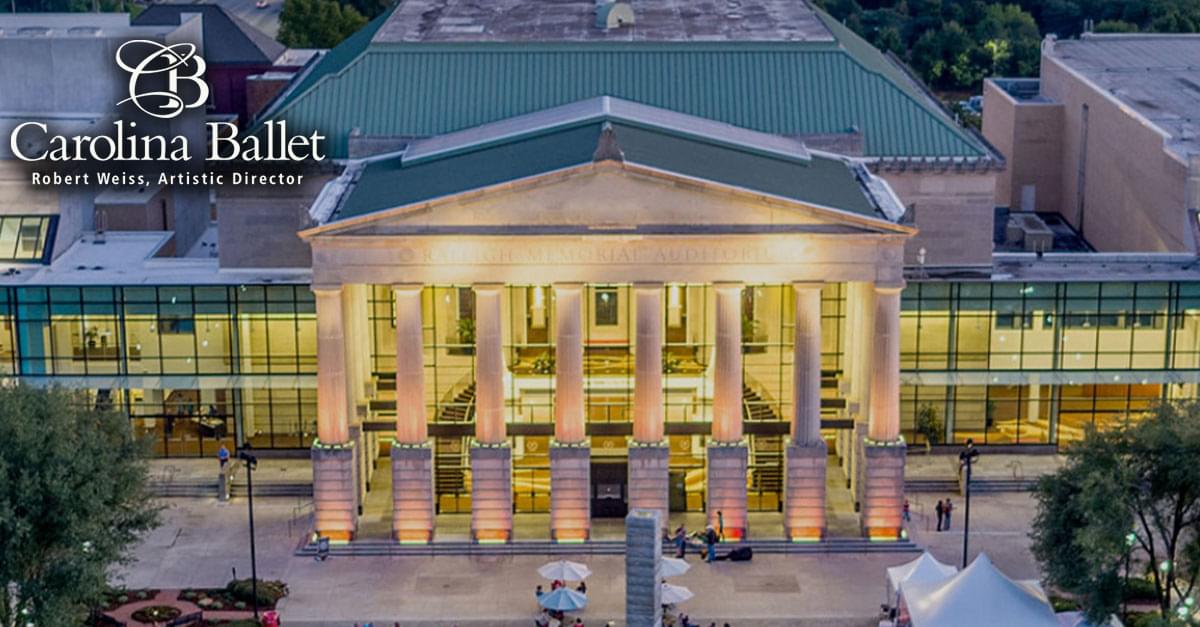 Carolina Ballet just announced their amazing upcoming season! Plus, don’t miss a fan favorite, Swan Lake, this weekend as they wrap up their current season!

Carolina Ballet, the Triangle’s only professional ballet company, announced its upcoming 22nd season, promising another dynamic year of ballet with shows for audiences of all ages. Artistic Director Zalman Raffael presents a season that includes a masterpiece from the father of American ballet George Balanchine, three new company premieres, including Frankenstein, and an homage to female choreographers, the return of its acclaimed Macbeth–last performed by the company in 2016­­–as well as perennial favorites The Nutcracker and Cinderella.  Five of the eight productions include live music accompaniment.

“This will be a very special season, building upon the Carolina Ballet tradition of bringing world-class theatrical storytelling experiences to audiences in North Carolina,” said Raffael.  “This marks my fourteen year with the Company and I am honored to curate, for our community, breathtaking world premieres as well as beloved classical productions.”

The 2019-20 season will kick off with George Balanchine’s Rubies. Known as the father of American ballet, Balanchine is one of the most influential choreographers of the 20th century. Carolina Ballet is pleased to again present his dazzling Rubies, set to the music of Igor Stravinsky. The program will also feature a new collaboration by Robert Weiss and Raffael, as well as Weiss’ beloved choreographed pieces Thaïs Meditation and Classical Ballet, both set to the music of Prokofiev.

Raffael’s debut of Frankenstein comes just in time for Halloween.  You don’t want to miss this dazzling new piece based on the generation-defining book and featuring all new sets, costumes, and music.  Carolina Ballet continues to debut innovative works timed for this spooky time of year – last season, the premiere of Raffael’s Sleepy Hollow blew away audiences with its hauntingly beautiful dance sequences and intricate wardrobes.

This fall, the Company will celebrate the classical performance and sheer elegance of Edgar Grieg’s Piano Concerto in a Tribute to the Masters – a pairing that will feature the premiere of Robert Weiss’ ballet to Beethoven’s beloved 7th Symphony, which Richard Wagner labeled “the apotheosis of the dance.”

What would the holidays be without a magical performance of the Nutcracker? Complete with a live symphony orchestra playing Tchaikovsky’s famous score, grand magical illusions, as well as magnificent sets and costumes, The Nutcracker has become a family holiday tradition with more than 20 performances in Chapel Hill, Durham, and Raleigh.  The Nutcracker, presented by PNC Bank, is performed by the entire Company and features more than 100 local children.

Carolina Ballet’s February program is a tribute to American composers, featuring a ballet set to one of the most recognizable and iconic pieces of music, George Gershwin’s Rhapsody in Blue. Symposium will also be performed, set to the music of the legendary Leonard Bernstein. This program will be accompanied by a new work choreographed by Raffael and Robert Weiss.

For the first time ever, Carolina Ballet is pleased to present a special evening of inspiration and imagination in A Celebration of Female Choreographers featuring Lynne Taylor-Corbett’s Boléro, plus new works by Mariana Oliveira and Adriana Pierce. Join us as we celebrate the brilliance and talent of our amazing female choreographers.

When Carolina Ballet’s Macbeth premiered in 2016, it was one of the most anticipated ballets ever created by Robert Weiss, weaving a tale of love, power, lust and greed. The 2020 reprise will feature brilliant choreography, fascinating sets and costumes and an incredibly powerful score by J. Mark Scearce.

The iconic tale of fantasy and true love comes to life again as we close our 2019-20 season with Cinderella. With an original score specially arranged for live orchestra by Karl Moraski, the ballet tells the rags-to-riches fairy tale of Cinderella’s transformation into a beautiful princess.

For more information or to purchase tickets, visit carolinaballet.com or call the box office at 919-719-0900.