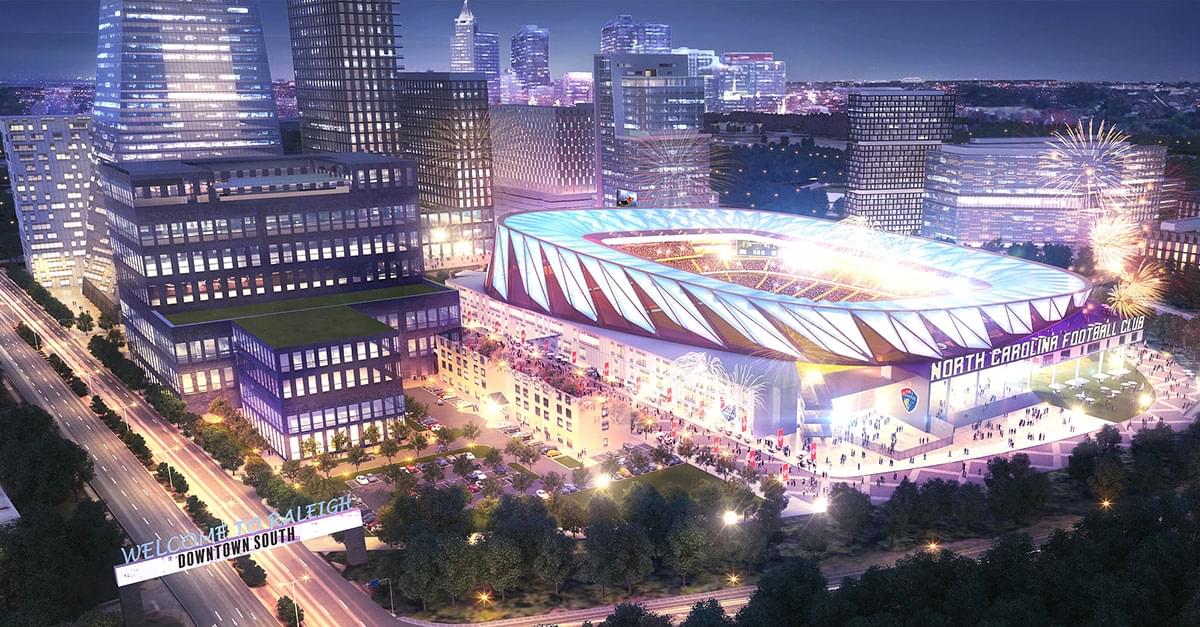 It would be called “Downtown South” at downtown Raleigh’s southern edge!

55 acres at S. Saunders Street and Interstate 40 could see a HUGE change!

Images on visitdowntownsouth.com show a development that includes a 20,000-seat, open-air soccer stadium surrounded by street-level retail, office space, and housing. The stadium will become the home of North Carolina FC, and women’s pro team the North Carolina Courage.

“ @kanerealtycorp knows how to put a shovel in the ground . . . and turn it into something beautiful.” Steve Malik, Chairman of NC Football Club, speaking now on $1.9 billion new entertainment district project which will be home to the soccer team. #ABC11 pic.twitter.com/z5zYrUmWVW

The website said a private investment of $1.9 billion is making this all possible. The proposal said construction on the project could begin in early 2020, with the stadium and first phase of development being completed by 2023.

Read more via abc11.com and visitdowntownsouth.com.