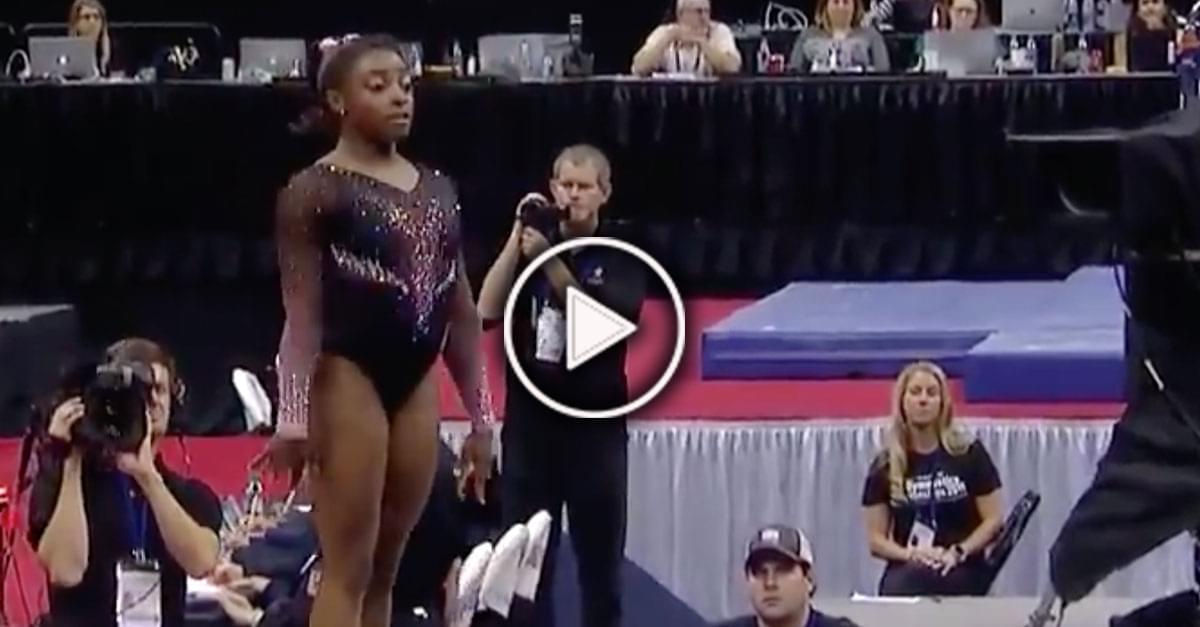 WOW, She is INCREDIBLE!

Simone Biles just made HISTORY at the U.S. Gymnastics Championships!

She became the first woman in history to hit a triple-double, Biles called it “the hardest move in the world.”

When @Simone_Biles becomes the first woman in history to hit a triple-double:

The Times reports: “The triple double is a skill that, until this point, had been done only on the men’s side, where it is still rare. None of the men at the national championships are expected to try one, and most of Biles’s competitors can’t even do a double double.”