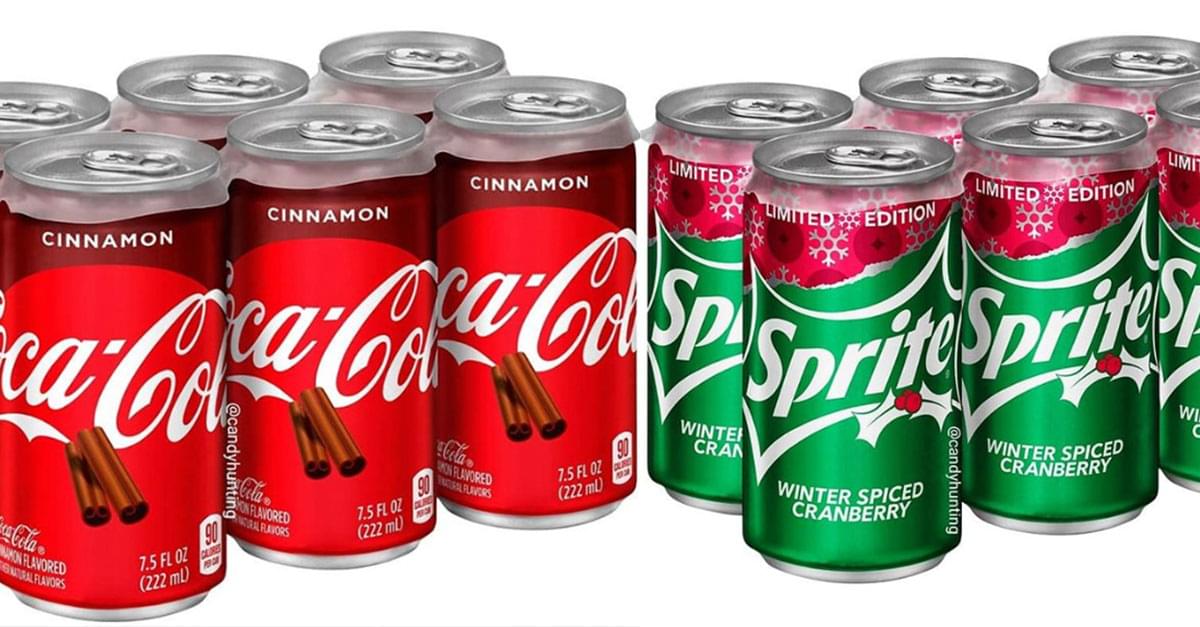 Would you try these flavors?!

Christmas has come early this year as Coca-Cola will be debuting new holiday flavors!

The flavors are Winter Spiced Cranberry Sprite and Cinnamon Coca-Cola.

Confirmed! Cinnamon Coca-Cola will be out this winter in the US! This flavor debuted as a Zero Coke variant in the UK last winter. And a fun fact: Cola is a mix between citrus and brown spice flavors. Coca-Cola leans more toward the spice side and Pepsi leans more toward citrus. Adding extra cinnamon flavor will kick up that brown spice an extra notch.

Coca-Cola debuted a version of the flavor for United Kingdom customers, and now the company is bringing the flavor to the U.S.

Keeping the winter theme going, new Winter Spiced Cranberry Sprite will be out for the holiday season!