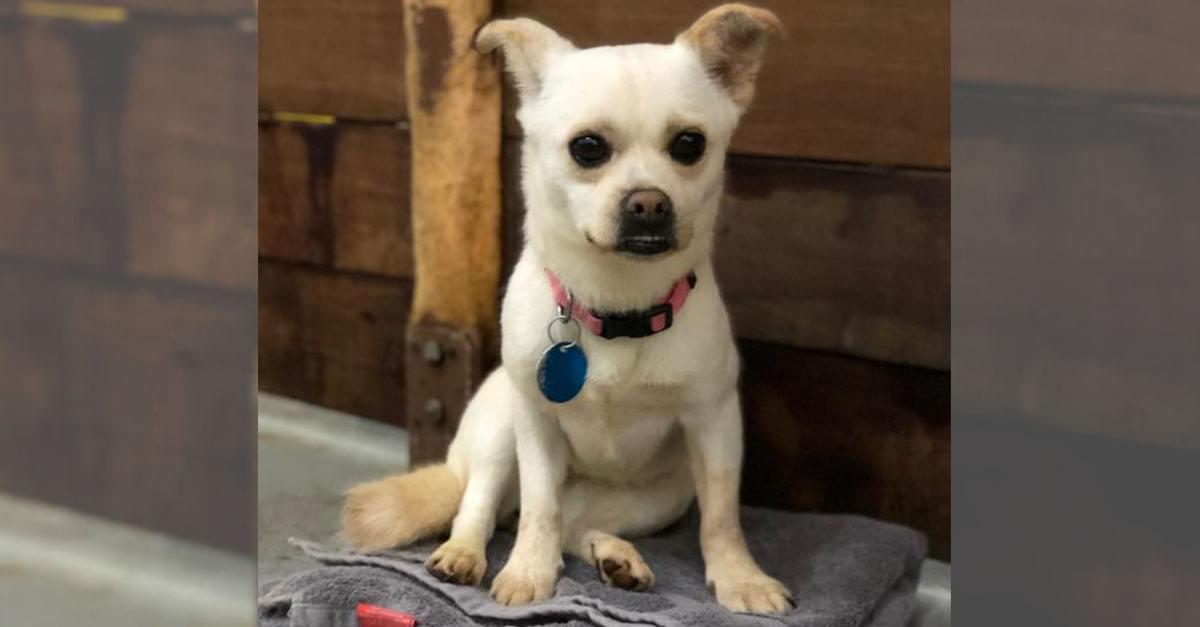 Our pet of the week is Arya!

Back in April, a Second Chance foster parent connected the Dog Program Manager to a rescue based in California.

This particular rescue specializes in saving dogs in South Korea that have been captured to be sold in the meat trade and eaten for dinner.

They help dogs like Arya, a 2-year-old, 11-pound Chihuahua-pug mix.

They flew her from South Korea to Cali, but she was so shy, so feral, so scared, that she literally did not leave her open-doored crate for a solid 4 days upon arrival; they fostered her for a year and still she was petrified when they would try to pet her.

Since we have foster parents who specialize in uber-shy dogs, the rescue in California asked us to help socialize Arya and flew her to us here in Raleigh.

While Arya will likely never be a super snuggly pup, she is much more accepting of human company now, especially when she is hanging out with other confident dogs.

Her ideal home will include at least one other dog, but no small children, and she’ll want an adopter who will let her play in a fenced-in backyard but also keep opening her up by walking her on-leash and bringing her to play at the dog park.

If you’re looking to adopt a truly special baby, learn more about Arya and apply to adopt at SecondChanceNC.org.