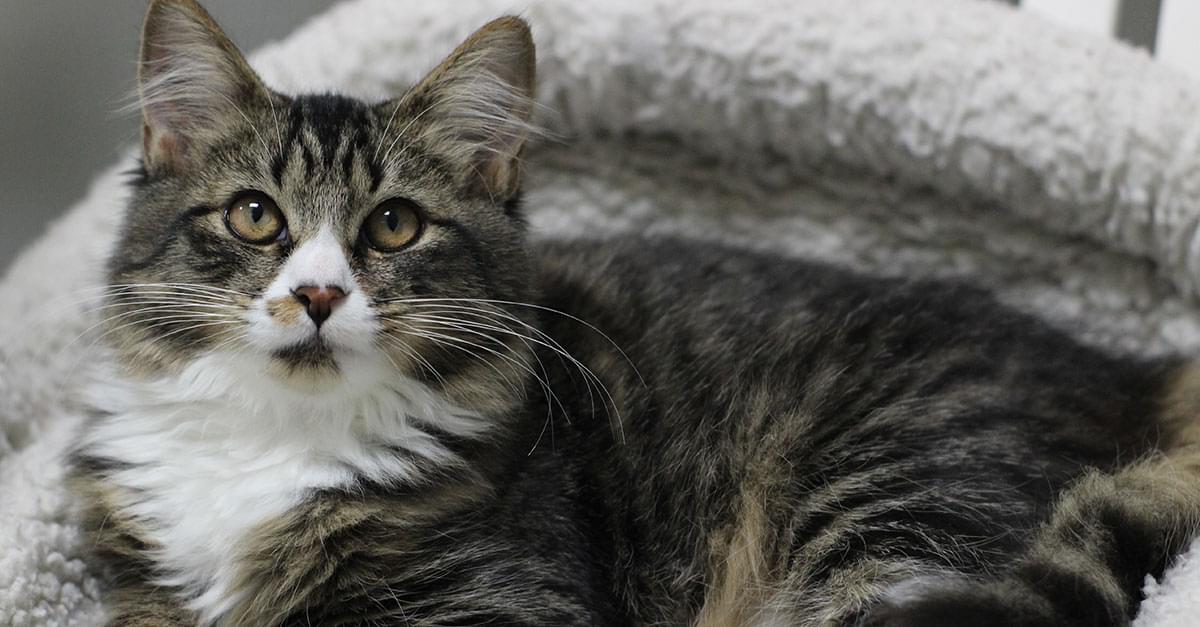 Les Mis fans may get a hint about this week’s featured kitten, a 5-month-old medium-hair tabby cat, from her name: Cosette.

She was found by Rachel, “Back in July, I arrived home one afternoon to find my neighbors standing at a storm drain across the street from my house, dangling a wand toy through the grate that covered it. They were attempting to draw out a kitten who was playful from that short distance, but too distrusting of humans to emerge willingly. Over the course of a few days, they continued to play with her and to drop food down into the drain, and come that Saturday, I said, “Enough is enough! This baby is too young and too cute to choose to live in a storm drain!” I called some Second Chance volunteers over, and in the mid-day summer heat, we lifted grates off drains around the neighborhood, climbed down there in the yuck, and blocked off enough pipes to finally trap her and pull her out. She was instantly sweet, melting into our arms like butter!”

Now Cosette is spayed, vaccinated, microchipped, and ready to be adopted!

If you’re looking for a kitten with a shady past and a bright future, come and visit Cosette at Second Chance Pet Adoptions!