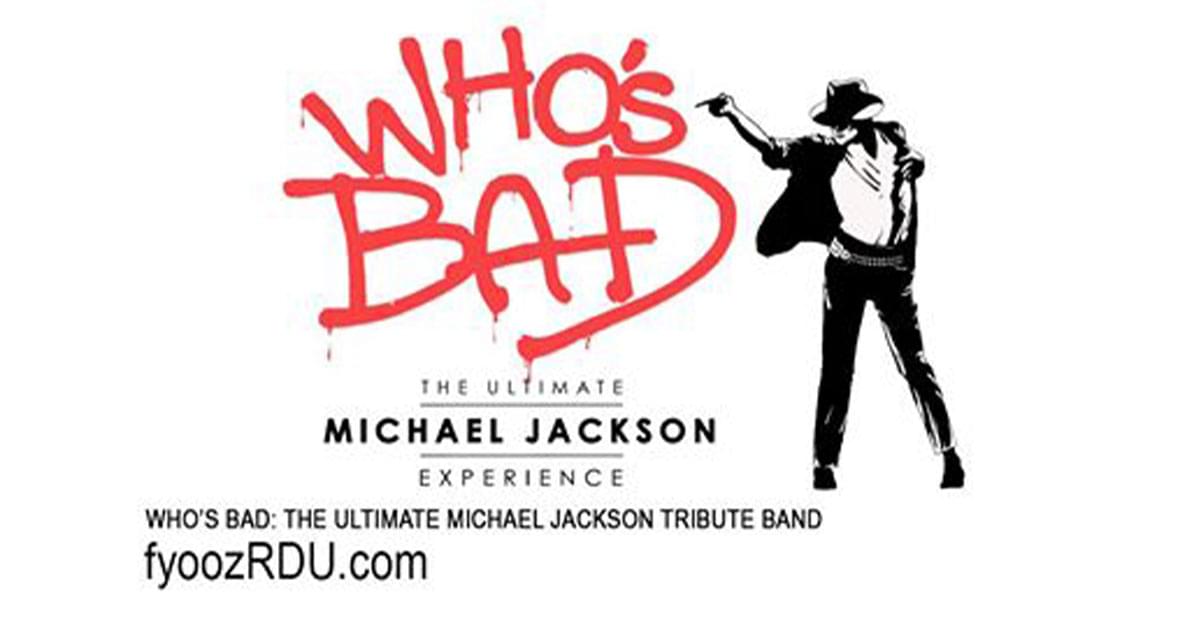 Listen as Doug chats with James Times of Who’s Bad before his show at FyoozRDU!

The man behind Who’s Bad: The Ultimate Michael Jackson Tribute Band, James Times, brings a show you won’t want to miss at FyoozRDU!

Their power-packed performance of Michael Jackson’s expansive catalog has ignited crowds on every continent and can only be described as a jaw-dropping, musical must-see.

For tickets or for more information visit fyoozrdu.com.