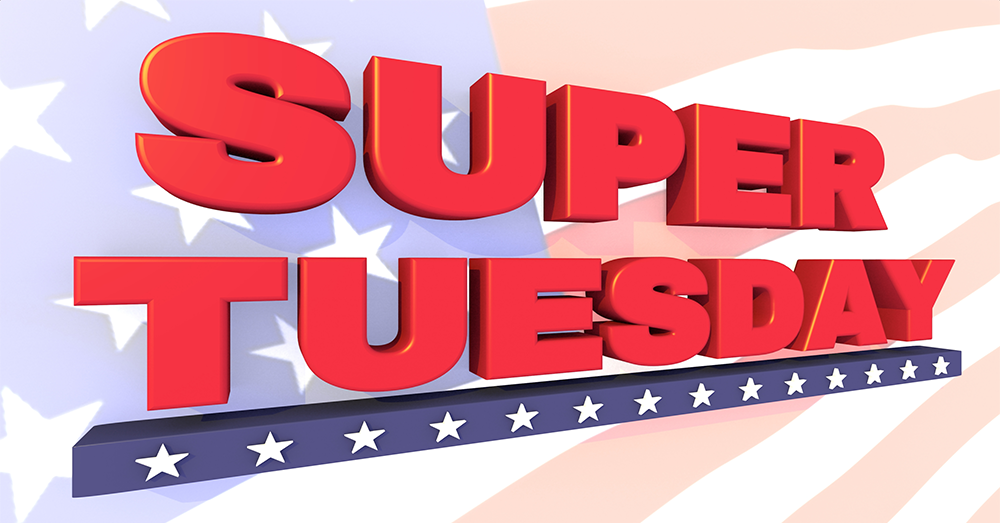 Check out everything you need to know for North Carolina’s Presidential Primary on March 3!

When Is North Carolina’s Primary?

Do I Need To Show An ID To Vote?

Nope. A Dec. 31 federal court ruling blocked North Carolina’s photo ID requirement from taking effect. The state is appealing the ruling, but in the meantime, the court order remains in place.

How Do I Know If I’m Registered To Vote In The Primary?

If you’re not registered to vote, fill out this form and mail it to your county board of elections (you can find that address here).

Where Do I Go To Vote?

Look up your polling location by entering your address here.

Who’s On The Ballot?

There are Democratic, Republican and Libertarian ballots if you are registered as having an affiliation with any of those parties.

Despite attempts to prevent opposition to President Donald Trump, he will have opponents in the Republican primary. Candidates on the ballot include:

The Democratic primary will have 15 candidates – though some have officially ended their campaigns.

Candidates on the ballot include:

There are also two Constitution Party candidates for president on the primary ballot.

Howie Hawkins is running on the Green Party ticket.

Incumbent Republican U.S. Sen. Thom Tillis is up for reelection. The first-term senator — and former N.C. House speaker — is viewed as especially vulnerable by national Democrats. Tillis is being challenged in the Republican primary by Paul Wright, Larry Holmquist and Sharon Y. Hudson.

There are six congressional districts in the Charlotte region. In two of them — the 8th District and the 13th District — there aren’t enough candidates to force a primary.

David Wilson Brown and Eric Nathan Hughes are both running for the Democratic spot on the ticket. The district, which was newly redrawn to include Gaston County, is represented by longtime incumbent Republican Virginia Foxx. She’s not facing a primary challenge.

Incumbent Richard Hudson, who has held this seat since 2012, is the only Republican candidate. Patricia Timmons-Goodson is the Democratic candidate. They will face off in the general election.

If it seems like the 9th District just held an election, that’s because it did. Republican Dan Bishop was elected in a special election in 2019 after election fraud was found in the 2018 election between Republican Mark Harris and Democrat Dan McCready. (Harris narrowly won that election, but results were nullified, and he did not run again.)

So, Bishop is running for reelection one year after taking office.

Republican Patrick McHenry has held this office since 2005. David L. Johnson and Ralf Walters are challenging him in the primary. McHenry’s hometown of Gastonia has been taken out of the district in this year’s map.

David Parker is the Democratic nominee for this seat.

Democrat Alma Adams, who has been the 12th District representative since 2014, is running for reelection. Her primary opponent is Keith E. Cradle.

There are no Republican candidates.

Incumbent Republican Rep. Ted Budd is unopposed by his own party, and challenger Scott Huffman is the only Democrat running. They’ll square off in November.

Incumbent Gov. Roy Cooper, a Democrat, is running for reelection. He narrowly defeated Republican ex-Gov. Pat McCrory in 2016, and during his first two years in office lacked effective veto powers due to a Republican supermajority in the General Assembly. That changed in the 2018 election, and Cooper vetoed several bills in 2019 — including the state budget in a high-profile fight with Republican legislators.

There are primaries for many executive-level state jobs, including lieutenant governor, attorney general, secretary of state and superintendent of public instruction.

But it’s also an election year for the General Assembly.

The commission’s 3rd District is also in the Democratic primary. Board Chairman George Dunlap is facing a challenge from Cade Lee.

The current Board of Commissioners is entirely Democrat and has three at-large seats. Two of them are held by Cotham and Scarborough and the third by Trevor Fuller, who’s in the Democratic primary for U.S. Senate. There are no Republicans on the primary ballot for county commission in Mecklenburg.

To learn more, head to WFAE!