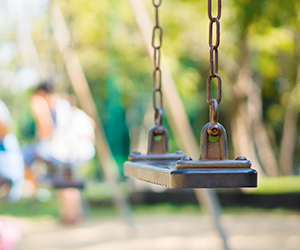 Wake County officials on Sunday announced the closure of both public and private playgrounds until April 30th to prevent the spread of the coronavirus.

Trails and open spaces will remain open, but officials recommended that park-goers still keep caution. Here are details about park closures from municipalities across the Triangle, according to their websites.

The latest announcement comes after an earlier one that shut down all facilities, including boating at Lake Wheeler and Lake Johnson, and the cancellation of all programs, special events, volunteer events, and facility rentals. No new rentals will be booked prior to May 1, 2020. All parks and greenways remain open to the public.

“Parks and open space provide necessary respite, especially during challenging times. Park open space and greenways will remain open to visitors,” the city’s website says. “We invite you to breathe in the fresh air and enjoy nature, but please remember to follow social distancing guidelines and remain more than 6 feet from others.”

“As you recreate in Durham’s parks and trails, model social distancing by maintaining a safe distance (at least 6 feet) between you and other users,” according to Durham’s website. “Group activities, i.e. basketball games, etc. are strongly discouraged.*

Beginning at 3 p.m. on Sunday, March 15, all recreation centers and pools will close to the public. The city has canceled and/or suspended all instructional and drop-in programs, leagues, activities, and events until further notice. Staff will be in contact with registered participants to discuss options for refunds and/or rescheduling. Please note, due to the recent malware attack on the City, this may take some time as most staff still do not have access to computers and/or facility phones. Durham’s Earth Day Festival (April 19) and Durham Senior Games (April 13-30) are also both canceled.

Parks and Recreation facilities, including parks, playgrounds, athletic fields, tennis and pickleball courts, and all indoor facilities are closed, according to the town. All programs are canceled until further notice.

In support of Wake County’s announcement of new restrictions designed to slow the spread of COVID-19, the Town of Cary will close playgrounds effective Monday, March 23 at 8 a.m. until further notice. The closure will not restrict the public’s access to greenways, parks, and bathrooms within parks. The county’s move is designed to promote social distancing, a community-based intervention to increase the amount of physical space between people to avoid spreading illness. Maintaining six feet of space between each other when in public is an example of social distancing.

All upcoming town events have been canceled, including Eggstravaganza, April Foods Day Food Truck Rodeo, The Wall That Heals at Lake Benson Park, the March 24 Pop-Up Town Hall and all performances at the Garner Performing Arts Center (GPAC), according to Garner’s website. All of Parks, Recreation and Cultural Resources’ adult, youth and preschool athletic leagues; open gym; and youth programs have been postponed and will be re-evaluated after April 15. After-school programs are canceled for at least as long as Wake County Public Schools remain closed. All facility and shelter rentals are canceled. This includes the remaining small event rentals at White Deer Park Nature Center and at any Town parks. The Lake Benson Boathouse has been closed indefinitely. The use of playground equipment in Town parks and other public parks in Wake County will be prohibited starting at 8 a.m. Monday, March 23 until at least April 30.