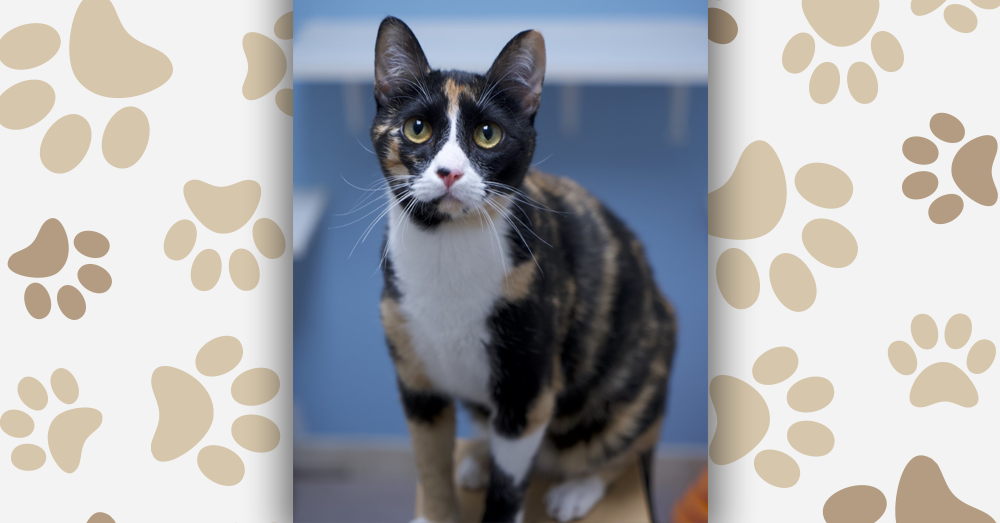 Good news in the midst of coronacraziness: last week’s pup, Henry, has an applicant!
Rescued as a stray in late 2018, 1-year-old Jules–who absolutely must be one of the most gorgeous calico cats on the planet–is looking for a THIRD chance to find love! That’s right, she got her second chance when she was adopted in January of 2019 (because of course a beauty like her would be snatched up quickly). But, for reasons we don’t really know, she began urinating outside of the litter box in her new home, so she was returned to us. Jules liked the other cat in her home and she lives in our cageless community rooms with other cats here at Second Chance, so we don’t believe that her naughty habit had anything to do with her feline companion at her former residence. As a precaution, we’ve put her on a special diet in case she had a simple urinary tract issue, and she’s been nothing but purrfect with us. Jules is what you’d call a velcro kitty–she wants lots of snuggles–and she’ll entertain herself–and you–for hours with a box full of toys.
If that sounds up your alley, especially while you’re home more than usual these days, submit an adoption application for Jules at www.SecondChanceNC.org to get your one-on-one, socially-distant appointment with this girl.