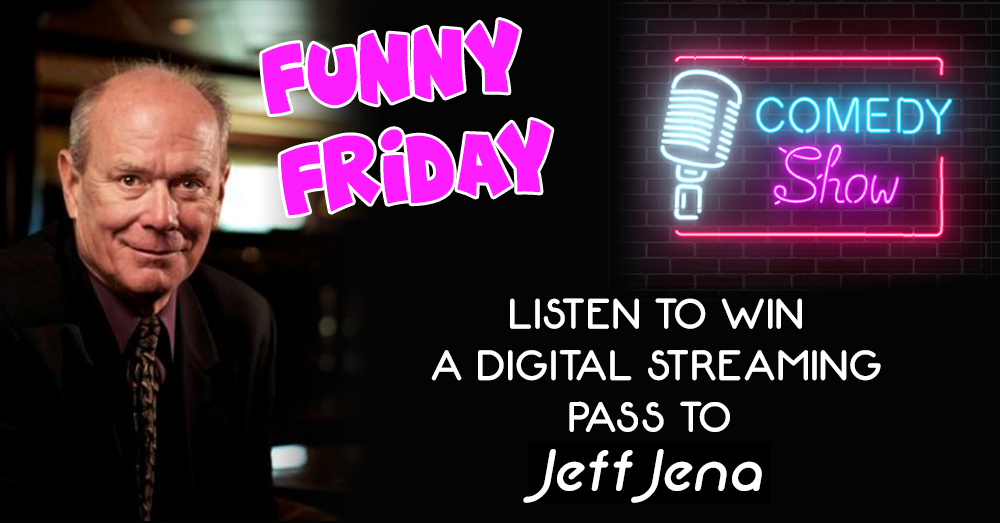 It’s Funny Friday for your chance to win a digital streaming pass to see Jeff Jena on September 25th, thanks to Holly Springs Cultural Center!

Comedian Jeff Jena Friday, September 25, 2020, at 7:30 PM Tickets: $20 per household Streaming online only. Sponsored by Dr. Vito with Holly Springs Eye Associates. At a time when a lot of guys his age are winding down their careers, Jeff’s is finding its second wind. In the 1980s and 1990s, Jeff was one of the premier comics on Television and the comedy club circuit. Over the last ten years, he has established himself as one of the top corporate and cruise entertainers in the country. “My audience,” Jeff says, “has moved from smokey clubs to sleek cruise ships and private events, I just followed them.” His act is focused on family and coming to fatherhood later in life. “If you want the whole story,” Jeff teased us, “you gotta see the show!”

Get your tickets now at recconnect.us!