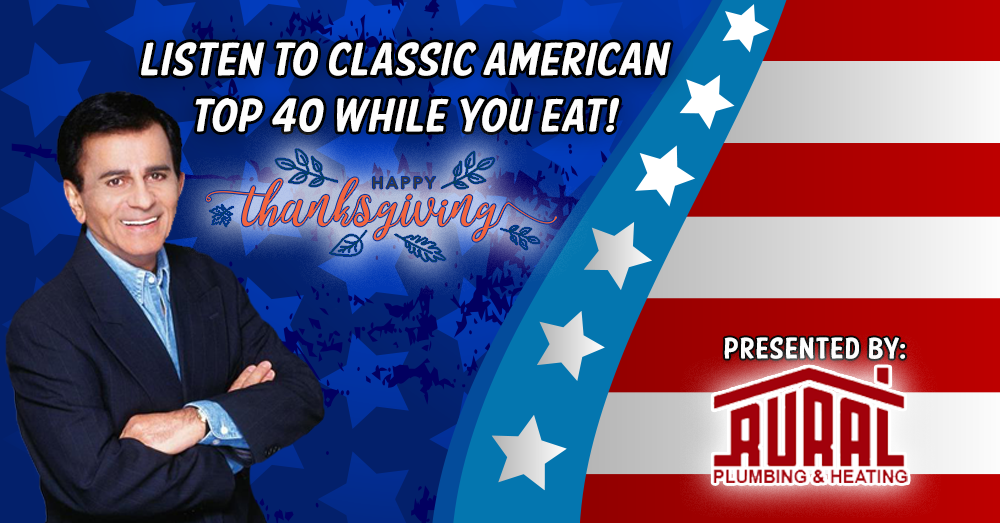 It’s a Casey Kasem Thanksgiving on KIX 102.9 brought to you by Rural Plumbing & Heating.

Starting at 10:00 Thanksgiving morning, KIX 102.9 is gonna stuff you full of some of Casey Kasem’s best Holiday Specials.  The Original American Top 40 on Thanksgiving will feature: