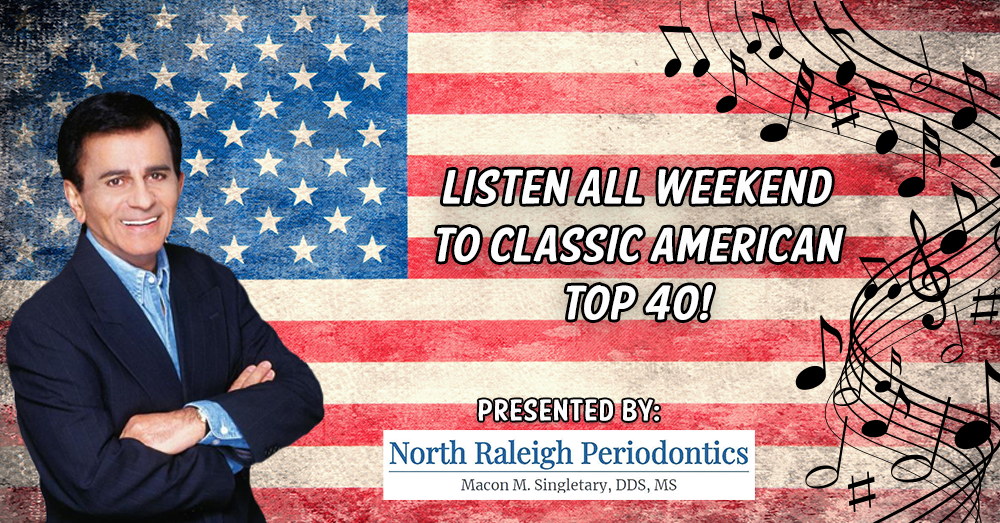 Saturday on AT40, hear the big songs this week 1985 with the King of The Countdown: Casey Kasem! These were the hottest CDs of the Christmas Season: “Say You Say Me” by Lionel Richie, “Broken Wings” from Mr. Mister, and “Party All The Time” by comedian Eddie Murphy!  Survivor is in the countdown again with yet another hit song “Burning Heart”  from a “Rocky” movie. And it’s Dionne Warwick along with Elton John, Gladys Knight, and Stevie Wonder for the future Grammy Song of The Year “That’s What Friends Are For”.  One Hit Wonders, and Forgotten 45s…it’s Back to the 80s, every Saturday 6 – 10 am, with an encore presentation 8-midnight on KIX.

Sunday morning on AT40,  Casey Kasem plays back the hits this week 1976!   There’s Daytime Drama as TV’s The Young and The Restless “Nadia’s Theme” charts…some Comedy with “Muskrat Love” by The Captain & Tennille…and a bit of Melancholy from Elton John’s “Sorry Seems to Be the Hardest Word”.   Rod Stewart looks unstoppable at #1 for five straight weeks with “Tonight’s The Night”…will he make it Six? The countdown, Casey’s stories, and the Long Distance dedications…every Sunday 9-noon, only on KIX.