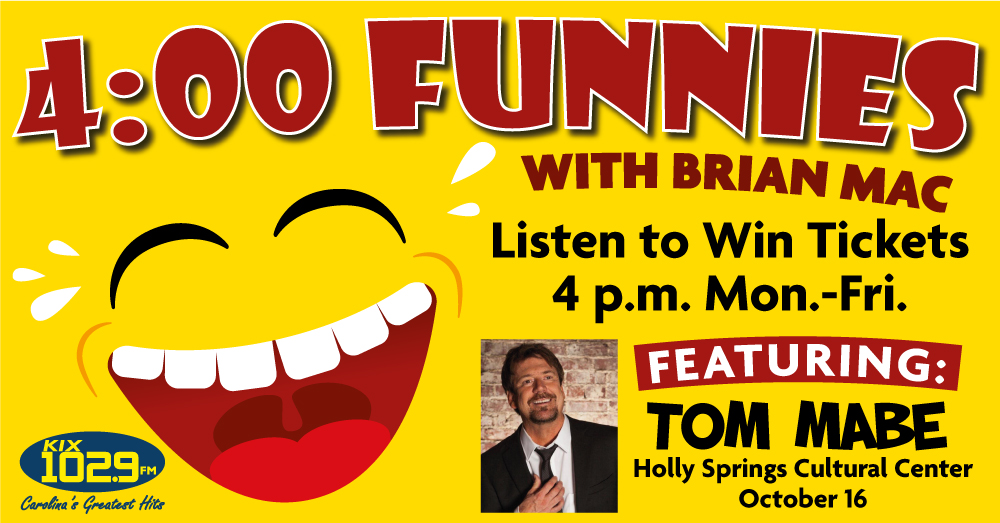 It’s the 4:00 Funnies with Brian Mac! When you hear him play the Funny Cut of the Day, be the 9th caller and you can score a pair of tickets to see Tom Mabe at Holly Springs Cultural Center on October 16th!

For more than two decades this Kentucky comic has made millions of fans with his prank phone calls, viral videos, stand-up comedy, a television show and much more. Everyone from the late Paul Harvey to The New York Times has proclaimed Comedian and Speaker Tom Mabe a “comic superhero” for tackling topics that irk us all. Tom has been profiled in People Magazine and was given a perfect 4-star rating and called “gut-busting hilarious” by the New York Post. He’s been featured on radio shows from Hollywood to Dollywood, including “Bob & Tom,” “Johnboy & Billy,” “Bill Handel” and “Drew & Mike.