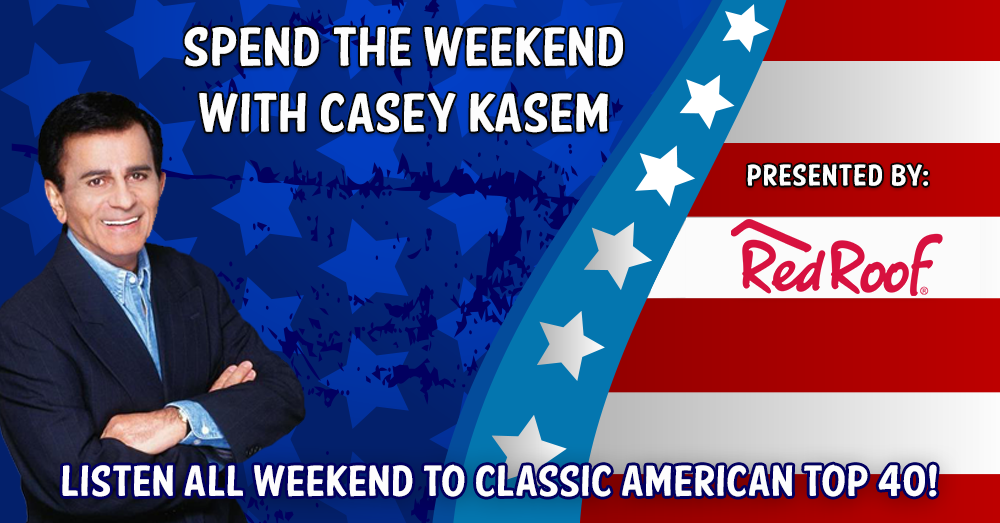 Classic American Top 40 shows on KIX 102.9FM are brought to you by Red Roof Inn, offering travelers a high-quality experience at an affordable price.

Saturday on AT40, hear the big songs from this week in 1986. “Rocky IV” is a knockout in theaters and on the charts, with two songs in the survey: “Burning Heart” by Survivor and “Living in America” by James Brown. Also included in the Countdown is more movie music from Billy Ocean, “When The Going Gets Tough,” from “Jewel of the Nile” and Paul McCartney’s theme from “Spies Like Us.” Dionne Warwick and friends’ ”That’s What Friends Are For” is vying for the top spot with Whitney Houston’s “How Will I Know.” Tune in to see who will prevail. Enjoy two chances to hear AT40 this Saturday on KIX: from 6am – 10am and from 8pm – midnight.

Sunday morning on KIX, Casey Kasem plays back a show that originally aired during this week in 1978. It’s total domination by the Bee Gees: three songs from “Saturday Night Fever” are in the Top 20, brother Andy Gibb is in the top five, and the Brothers Gibb sing on Samantha Sang’s smash hit “Emotion!” It’s the first time we hear Queen’s epic “We Will Rock You/ We Are The Champions” as well as Player’s “Baby Come Back.” Plus, there’s even music to summon the aliens with two versions of the theme from “Close Encounters of the Third Kind!” Enjoy the Countdown, Casey’s stories, and the Long Distance Dedications, every Sunday from 9am – noon, only on KIX.