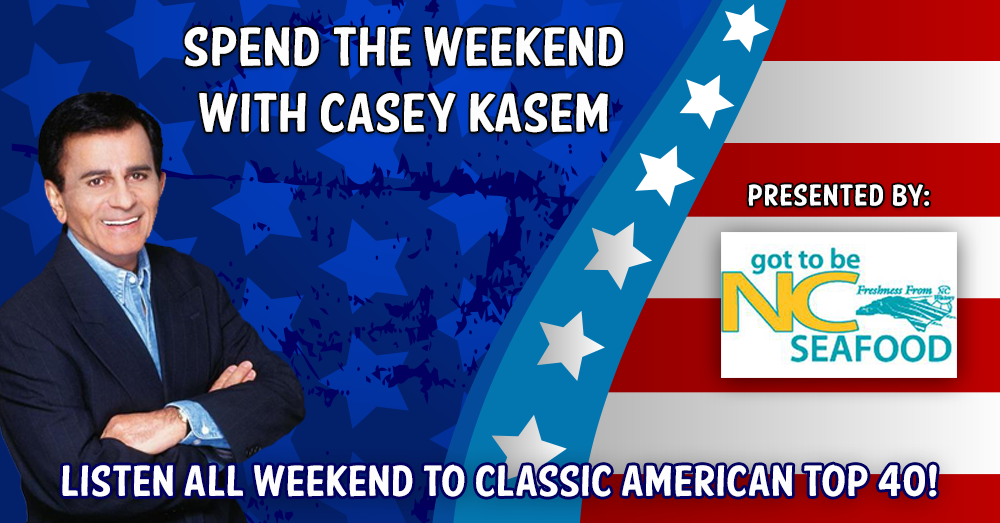 Get your fish North Carolina fresh! In season now, clams, oysters, tuna and sea trout, all harvested by your North Carolina neighbors. Brought to you by the NC Seafood Department of Agriculture & Consumer Services and the “Got to be NC” Seafood Program.

Saturday on AT40, hear the big songs from this week in 1980! Pink Floyd is in the survey with their only Top Five hit, “Another Brick in the Wall.” First-timer Christopher Cross is riding high with “Ride Like the Wind.” Donna Summer is on the radio with “On the Radio.” ”American Gigolo” is in theaters and its theme, “Call Me” by Blondie, is on the charts. Queen’s “Crazy Little Thing Called Love” has held the top spot for the past three weeks and is primed to make it four! Enjoy two chances to hear AT40 on KIX this Saturday:  from 6 a.m. – 10 a.m. and from 8 p.m. – midnight.

Sunday morning on KIX, Casey Kasem plays back a show that originally aired this week in 1976. “S.W.A.T” is a popular TV show and the theme song by Rhythm Heritage is in the Top 10. The CB radio craze brings Cledus Maggard’s “White Knight” to the countdown. The Eagles are establishing themselves as a serious musical force with “Take It to The Limit.” And, just for fun, it’s Larry Groce with “Junk Food Junkie.” Enjoy the Countdown, Casey’s stories, and the Long Distance Dedications every Sunday from 9 a.m. – noon, only on KIX.