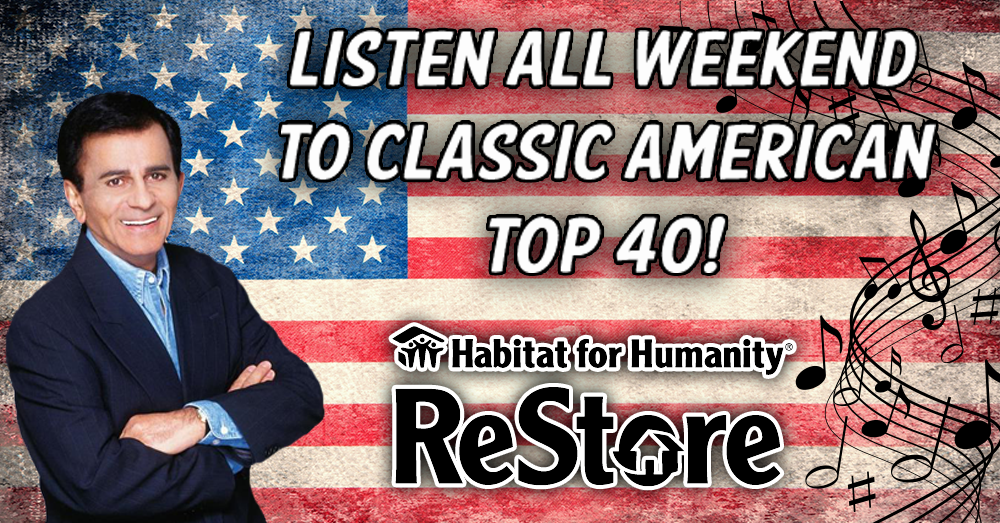 This weekend’s Classic American Top 40 shows on KIX are brought to you by Habitat for Humanity ReStore.

Saturday on AT40, hear the big songs from this week in 1987! Bruce Hornsby has two songs that he wrote in the Top 10: “Mandolin Rain,” with his band The Range, and “Jacob’s Ladder,” which is performed by Huey Lewis and The News. Bruce Willis was on TV in “Moonlighting” and on the radio with “Respect Yourself.” Get your “big hair” rock on with Bon Jovi’s “Living on a Prayer” and Europe’s “The Final Countdown,” which are back-to-back in The Countdown. Also, first-timers Club Nouveau have a monster hit with their remake of 70s classic “Lean on Me,” which may headed to the top spot! Enjoy two chances to hear AT40 on KIX this Saturday:  from 6 a.m. – 10 a.m. and from 8 p.m. – midnight.

Sunday morning on KIX, Casey Kasem plays back a show that originally aired this week in 1972. Neil Young’s “Heart of Gold” is heading toward the top and Neil Young sound-alike, America, is right behind him with “Horse with No Name.” Donny Osmond has back-to-back hits in the Top 10:  his solo “Puppy Love” and “Down by the Lazy River” with The Osmonds. Get funky with “Jungle Fever” by The Chakachas and “I Gotcha” by Joe Tex. Also enjoy a modern-day classic as newcomer Don McLean debuts his epic “American Pie.” Enjoy The Countdown, Casey’s stories, and the Long Distance Dedications every Sunday from 9 a.m. – noon, only on KIX.