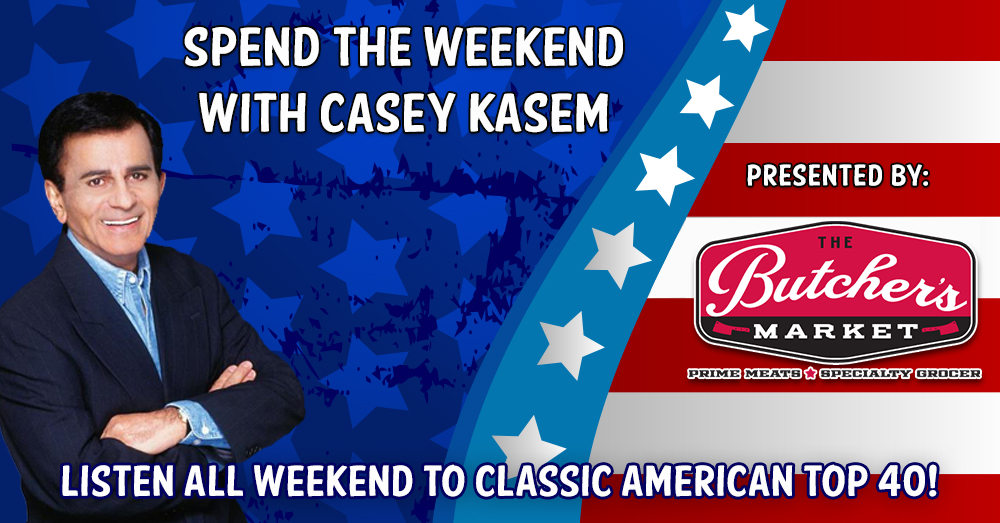 This weekend’s American Top 40 shows are presented by The Butcher’s Market. The Butcher’s Market is known for their great meats but they also have the BEST Salmon in town! Fresh Atlantic Salmon, sustainably raised in the Faroe Islands of the Northern Atlantic. Simple and delicious idea is to just bake it with our House Seasoning or Maple Bourbon Grilling Sauce! Order online and your order will be waiting when you arrive!

Saturday on AT40, hear the big songs from this week in 1983! Michael Jackson ’s “Thriller” album rules MTV and radio, and posts two songs in the Top 10. A whole lot of AquaNet and mascara went into video hits from Duran Duran, Culture Club, and Dexy’s Midnight Runners. Frida of Abba has a song in the survey, “I Know There’s Something Going On,” featuring Phil Collins. And, if you like your music quirky, you’ll love the inclusion of “She Blinded Me with Science” by Thomas Dolby and “Der Kommisar” by After the Fire. Enjoy two chances to hear AT40 on KIX this Saturday: from 6am – 10am and from 8pm – midnight.

Sunday morning on KIX, Casey Kasem plays back a show that originally aired this week in 1975. NC’s own Sammy Johns enters the Top 10 with “Chevy Van.” LaBelle’s first hit, “Lady Marmalade,” had everybody learning a little racy French. Minnie Riperton’s “Lovin You” is a big mover and will challenge Elton John’s “Philadelphia Freedom” for the #1 spot. Also, early in The Countdown, hear Sugarloaf’s song about the music and radio business, “Don’t Call Us, We’ll Call You.” Listen to The Countdown, Casey’s stories, and the Long Distance Dedications every Sunday from 9am – noon, only on KIX.