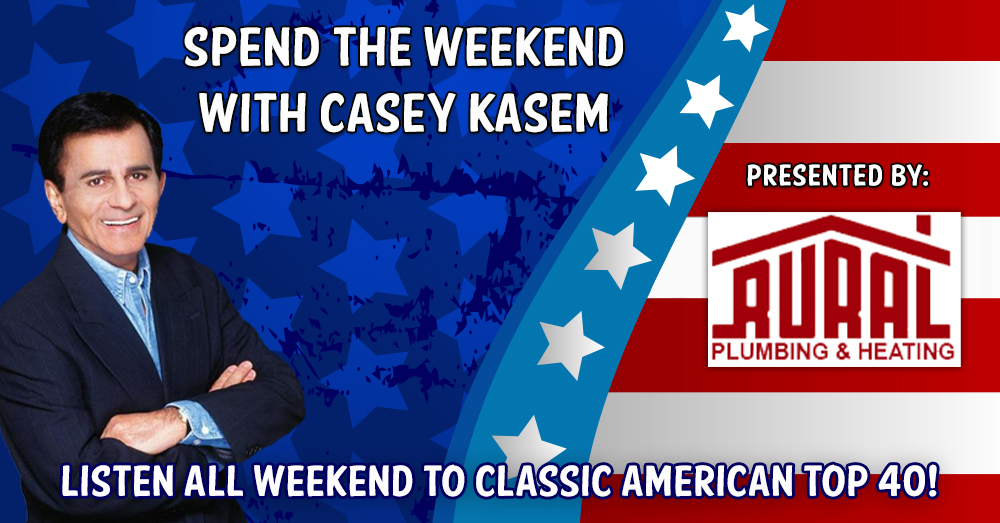 This weekend’s American Top 40 shows are presented by Rural Plumbing & Heating. Providing all your Residential and Commercial plumbing and heating needs, no matter how large or small. Visit them at rphnc.com today!

Saturday on AT40 hear the big songs from this week in 1986! Robert Palmer and his Video-Ready Vixens are in the Top Ten with “Addicted to Love.” There are two songs named “I Can’t Wait” in The Countdown–one by Stevie Nicks and the other by Nu Shooz. The Rolling Stones remake a Motown classic, “Harlem Shuffle.” Just for fun, it’s Falco doing “Rock Me Amadeus.” And Prince and The Bangles battle for the top spot, with both songs written by the Purple One! Enjoy two chances to hear AT40 on KIX this Saturday:  from 6am-10am and from 8pm-midnight.

Easter Sunday morning on KIX, Casey Kasem hosts an American Top 40 show that originally aired this week in 1974. The 70s AT40 countdowns never fail to entertain. Hear “The Lord’s Prayer” by Sister Janet Mead as well as “Tubular Bells,” the movie theme from “The Exorcist.” Also enjoy country staple Charlie Rich alongside soul favorite Gladys Knight and The Pips, newcomer Billy Joel with his first hit “Piano Man,” and chart-topping piano man Elton John’s “Bennie and The Jets!” Listen to The Countdown, Casey’s stories, and the Long Distance Dedications every Sunday from 9am-noon, only on KIX.