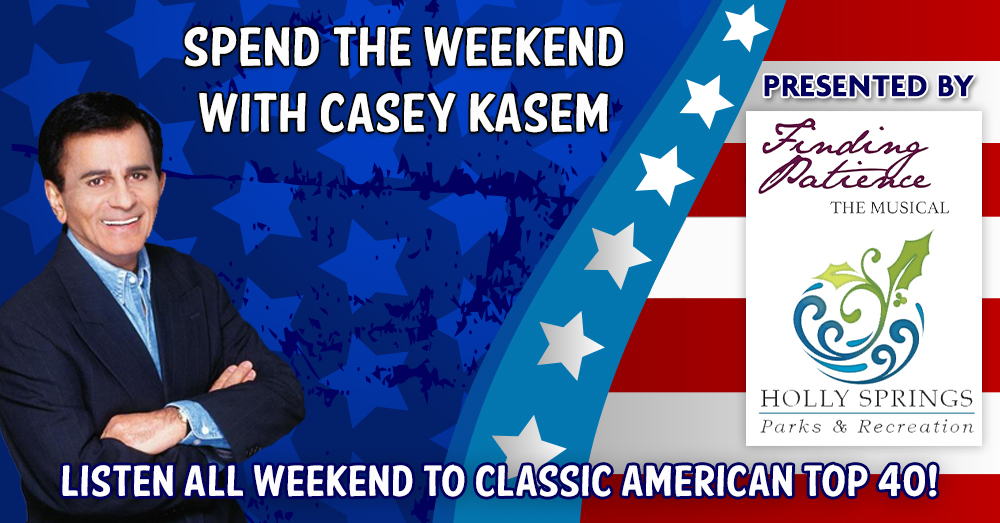 Saturday on AT40, hear the big songs from this week in 1984. Footloose is a hit on the silver screen and three songs from its soundtrack are in the survey:  the theme song by Kenny Loggins, “Let’s Hear It for The Boy” by Deniece Williams, and “Dancing in the Sheets” by Shalamar. Also, enjoy more movie music from Phil Collins with “Against All Odds.” Plus, Julio Iglesias and Willie Nelson are swoonin’ and croonin’ with “To All the Girls I’ve Loved Before.” All are contenders for the #1 Spot, but can they unseat Lionel Richie’s “Hello,” which was in the Top Spot the previous week? Enjoy two chances to hear AT40 on KIX on Saturday:  from 6 a.m. – 10 a.m. and from 8 p.m. – midnight.

Sunday morning on KIX, Casey Kasem hosts an American Top 40 show that originally aired this week in 1979. The women are rockin’ the Top 10:  Blondie, Donna Summer, and Suzi Quatro. Enjoy a rare appearance by a non-movie or TV show instrumental, “Music Box Dancer” by Frank Mills. The new version of The Doobie Brothers featuring Michael McDonald have their first hit with “What A Fool Believes.” Peaches and Herb had the #1 song the previous week with “Reunited” …and it feels so good. Plus, they’re hoping for a repeat! Listen to The Countdown, Casey’s stories, and the Long Distance Dedications every Sunday from 9 a.m. to noon, only on KIX.