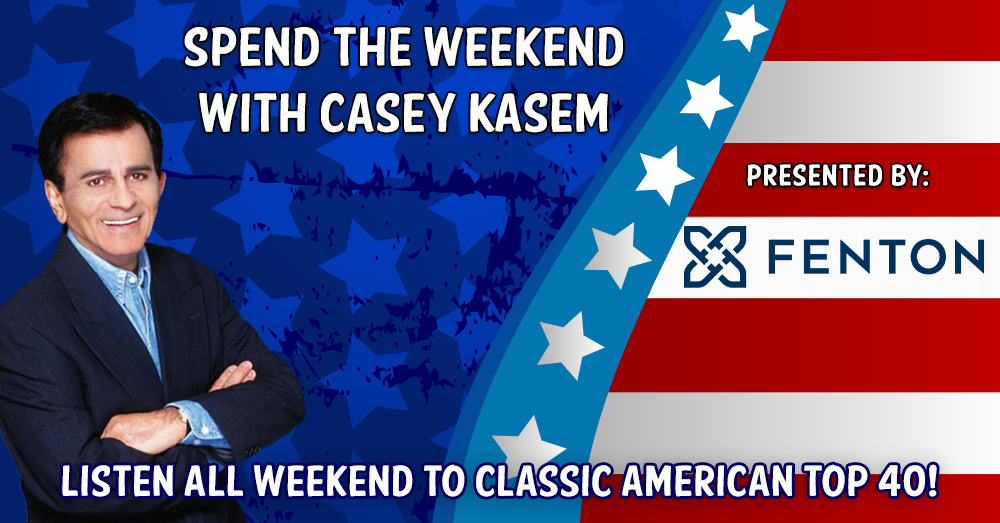 Saturday on AT40, hear the big songs from this week in 1981! Franke and The Knockouts enjoy momentary success with their one-hit-wonder, “Sweetheart.” George Harrison reminisces about the Beatles in “All Those Years Ago.” And The Top Five is all about retro:  Stars on 45 have a huge hit with their Beatles Medley, A Taste of Honey remakes the 1960s “Sukiyaki,” and Kim Carnes redoes a 70s Jackie DeShannon song, “Bette Davis Eyes” which is soon to become one of the top songs of the 80s! Enjoy two chances to hear AT40 on KIX on Saturday:  from 6 a.m. to 10 a.m. and from 8 p.m. to midnight.

Sunday morning on KIX, Casey Kasem hosts an American Top 40 show that originally aired during this week in 1978! The upcoming summer would be mostly “Grease” and Bee Gees, but newbies Eddie Money with “Baby Hold On”, Bonnie Tyler with “It’s A Heartache”, and Meat Loaf with “Two Out of Three Ain’t Bad” are taking a stand. A couple of duets are neck-and-neck for the Top Spot:  John Travolta and Olivia Newton-John’s “You’re the One That I Want” and “Too Much, Too Little, Too Late” by Johnny Mathis and Deniece Williams. Tune in to hear which twosome goes to Number One! Listen this Sunday from 9 a.m. – noon to enjoy The Countdown, Casey’s stories, and the Long Distance Dedications only on KIX!