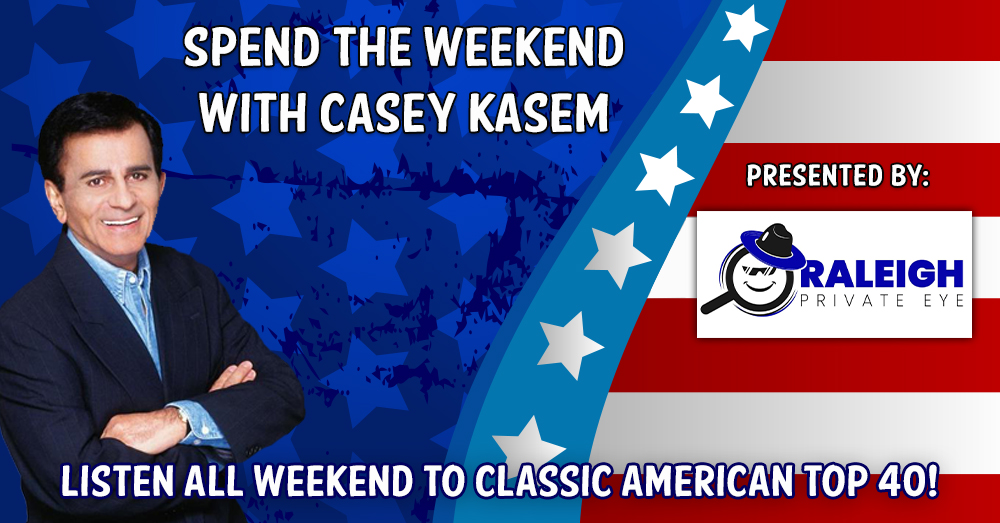 This weekend on American Top 40, hear the top songs from this week in 1984 and 1973! American Top 40, brought to you this week by Raleigh Private Eye. Specializing in domestic investigations, as well as GPS Tracking. They’re your eyes when you’re not looking. Visit them at RaleighPrivateEye.com.

Saturday on AT40, hear the big songs from this week in 1984! We were packing the theaters to see Footloose and its soundtrack songs by Deniece Williams as well as Mike Reno with Ann Wilson were in The Countdown. The Top Ten is like MTV’s Greatest Hits with music by Prince, Cyndi Lauper, Huey Lewis and the News, and Billy Idol. And… it’s a showdown between Bruce Springsteen’s “Dancing in the Dark” and Duran Duran’s “The Reflex” for Number One! Enjoy two chances to hear AT40 on KIX, this Saturday from 6 a.m. to 10 a.m. and from 8 p.m. to midnight.

Sunday morning on KIX, Casey Kasem hosts an American Top 40 show that originally aired during this week in 1973! It’s a great mixed bag where Deep Purple’s “Smoke on The Water,” Bette Midler’s “Boogie Woogie Bugle Boy,” and Charlie Rich’s “Behind Closed Doors” live in harmony. The Doobie Brothers’ “Long Train Runnin” and Elton John’s “Daniel” also make their Countdown debuts. And two solo Beatles are vying for the Top Spot:  Paul McCartney with “My Love” and George Harrison with “Give Me Love.” Listen to The Countdown, Casey’s stories, and the Long Distance Dedications every Sunday from 9 a.m. to noon, only on KIX.