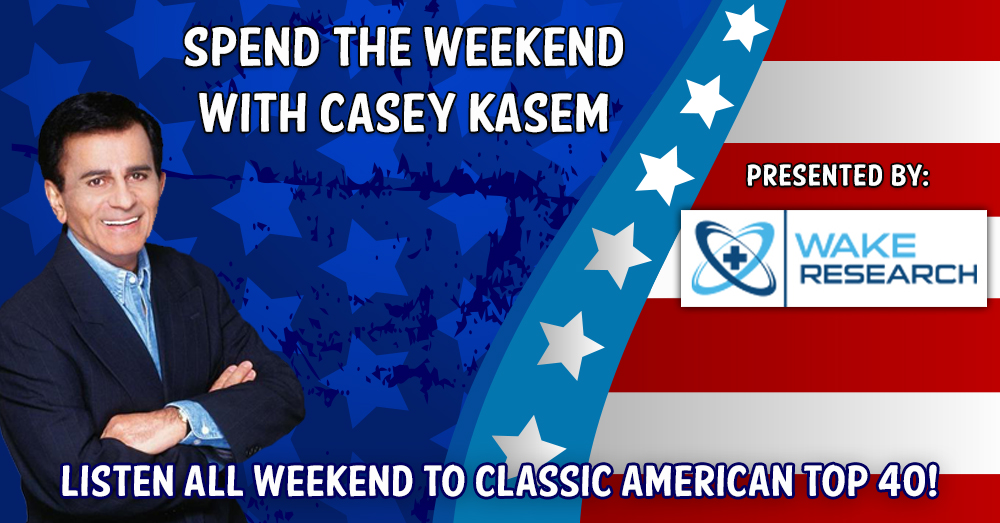 American Top 40, brought to you this weekend, by Wake Research in Raleigh.  Have questions regarding Covid boosters?  Reach out to Wake Research for more, on their Covid-booster study, AND stay tuned in July for “Fast Facts” from Wake Research here on KIX 102.9!

Saturday on AT40, hear a show that originally aired during this week in 1980! In the Summer of ’80, we were cooling off at the movies watching The Empire Strikes Back and The Rose. And… we’ll hear songs from both of those flicks in The Countdown. Plus, Pure Prairie League is in the Top 10 with “Let Me Love You Tonight,” sung by future country superstar Vince Gill. Just for fun, it’s the Blues Brothers with “Gimme Some Lovin’.” Paul McCartney and Wings have spent the last two weeks at the top of The Countdown with “Coming Up,” and are hoping for a Three-Peat! Enjoy two chances to hear AT40 on KIX this Saturday:  from 6 a.m. to 10 a.m. and from 8 p.m. to midnight.

Sunday morning on KIX, Casey Kasem hosts an American Top 40 show that originally aired during this week in 1972! It’s the first time we heard everlasting classics like “Brandy,” “Layla,” “Take it Easy,” and “Lean on Me” by Bill Withers — all making a play for #1. In addition, little guys Donny Osmond and Michael Jackson have hit songs. Plus, in the spirit of “anything goes on AT40, we’ll hear “Amazing Grace” performed by The Pipes and Drums and the Military Band of the Royal Scots Dragoon Guards! Tune in to KIX 102.9 this Sunday from 9 a.m. to noon to enjoy The Countdown, Casey’s stories, and the Long Distance Dedications.