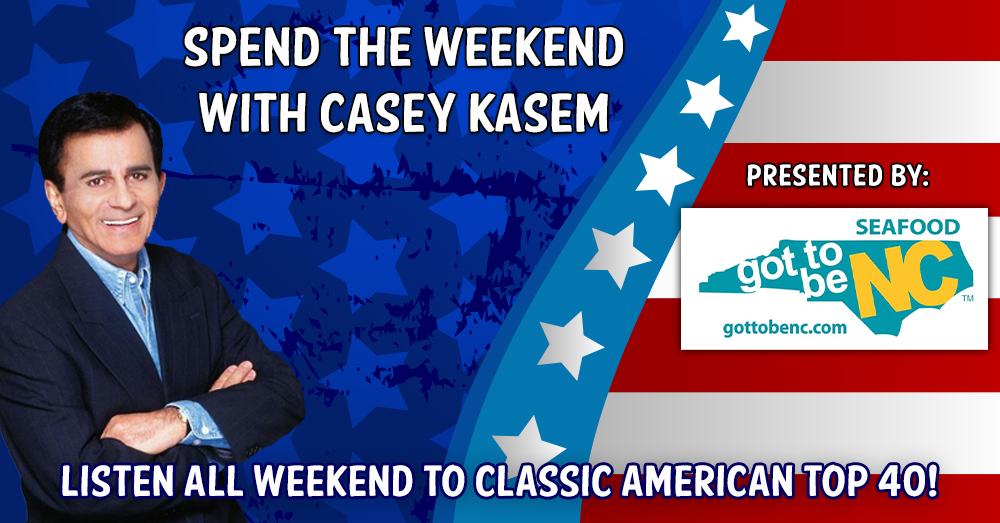 This weekend’s Classic American Top 40 Shows are brought to you by Got To Be NC Seafood and the NC Department of Agriculture & Consumer Services. When you fire up the grill this season, be sure to include fresh local North Carolina fish. Seafood is a heart-healthy choice that’s low in fat and supplies many vitamins and minerals. Whether it’s wild-caught or farm-raised, North Carolina harvests some of the best seafood available anywhere in the world. So, grill up something healthy and support your North Carolina neighbors. Visit gottobenc.com/fresh-local-nc-seafood/ today to find seafood vendors near you!

Saturday on AT40, hear a show that originally aired during this week in 1986! Janet Jackson is in the Top Five. (And… that’s MISS Jackson, if you’re “Nasty.”) Bob Seger has a four-minute commercial for a truck with “Like A Rock.” Carly Simon soundalike, Simply Red, has a hit rocketing to the Top with “Holding Back the Years.” And better catch these one-hit-wonders quickly, because they made their mark and then disappeared from the scene:  GTR, Blow Monkeys, and El DeBarge! Enjoy two chances to hear AT40 on KIX this Saturday: from 6 a.m. to 10 a.m. and from 8 p.m. to midnight.

Sunday morning on KIX, Casey Kasem hosts an American Top 40 show that originally aired during this week in 1978! The summer of ’78 was ruled by the Grease movie, and you’ll hear three songs from the soundtrack. There’s also a plethora of dance music from Donna Summer, The O’Jays, Heatwave, and — surprise, surprise — The Rolling Stones with “Miss You.” Andy Gibb has an amazing run of four weeks at #1 with “Shadow Dancing.” And, just for fun, Steve Martin gives us “King Tut.” Enjoy The Countdown, Casey’s stories, and the Long Distance Dedications this Sunday from 9 a.m. to noon only on KIX 102.9 FM!