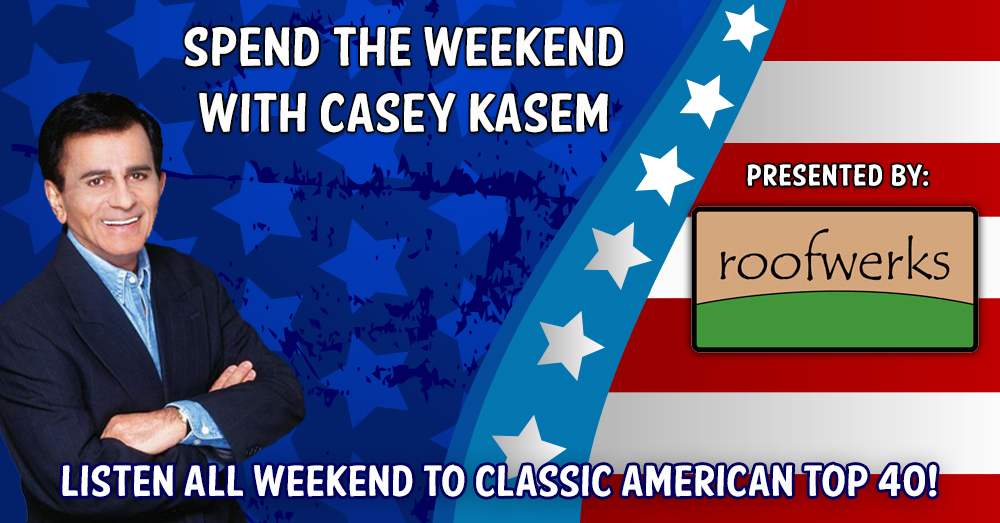 This weekend’s Classic American Top 40 Shows are brought to you by Roofwerks.

Saturday on AT40, hear a show that originally aired during this week in 1981! Rick Springfield is on TV’s General Hospital as Dr. Noah Drake and on the radio with “Jessie’s Girl.” The theme from TV’s Greatest American Hero is a one-hit wonder for Joey Scarbury as well as in the Top Five. Plus, country music artists mix it up with rock and soul — Kenny Rogers, The Oak Ridge Boys, and Ronnie Milsap all have Top 20 hits. And… listen early in The Countdown for the classic skate rink song “Double Dutch Bus!” Enjoy two chances to hear AT40 this Saturday on KIX: from 6 a.m. to 10 a.m. and from 8 p.m. to midnight.

Sunday morning on KIX, Casey Kasem hosts an American Top 40 show that originally aired during this week in 1979! Dance music dominates with Anita Ward, Chic, David Naughton, and two songs by Donna Summer in the Top Five. Even Kiss has a dance tune with ”I Was Made For Lovin’ You.” The rockers are represented by Cheap Trick, ELO, and a brand-new song by The Knack, “My Sharona.” Also listen for Stevie Nicks’ harmony vocal on “Gold,” a Top 10 smash by John Stewart. Listen to The Countdown, Casey’s stories, and the Long Distance Dedications every Sunday from 9 a.m. to noon, only on KIX.