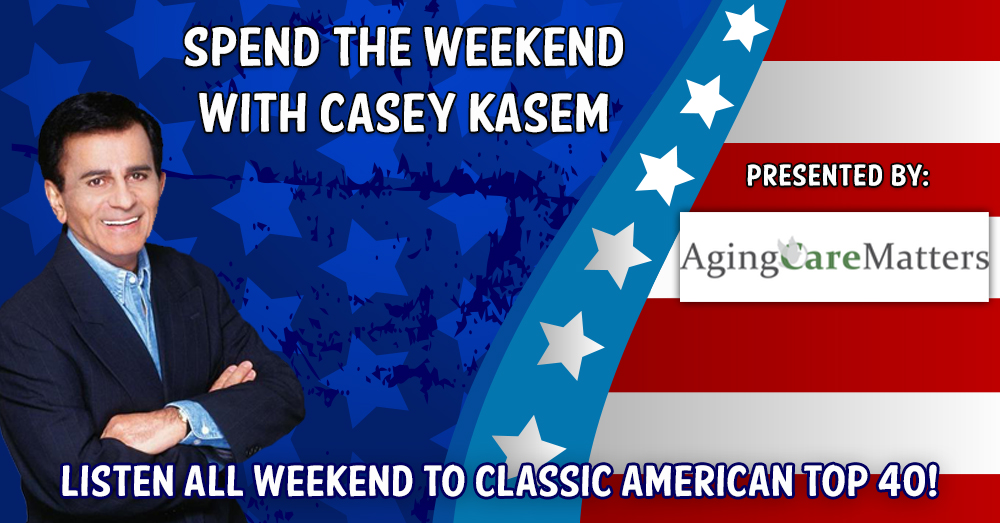 Saturday on AT40, hear a show that originally aired during this week in 1987! Included is a George Michael song with a title so racy that Casey won’t say it! No problem, family-friendly tunes are in the Top 10 from U2, Whitney Houston, Gloria Estefan, and first-timer Suzanne Vega with “Luka.” Motley Crue is representing the big-hair rockers with “Girls, Girls, Girls” and Debbie Gibson is here for the gum-chewing mall teens with “In My Dreams.” And Bob Seger is zooming up the charts looking for his first and only #1 hit, “Shakedown.” Enjoy two chances to hear AT40 this Saturday on KIX: from 6 a.m. to 10 a.m. and from 8 p.m. to midnight.

Sunday morning on KIX, Casey Kasem hosts an American Top 40 show that originally aired during this week in 1970! AT40 was only a month old and it was jam-packed with a variety of hits. James Brown’s “Sex Machine” resides alongside “Ohio” by Crosby, Stills, Nash, and Young. CSN&Y are in again with “Teach Your Children.” The Who, Clarence Carter, Temptations, and Three Dog Night add to the Rock and Soul-apalooza. Plus, newcomers The Carpenters have a huge hit with “Close to You,” which was #1 for the two previous weeks! Listen to The Countdown, Casey’s stories, and the Long Distance Dedications every Sunday from 9 a.m. to noon, only on KIX.