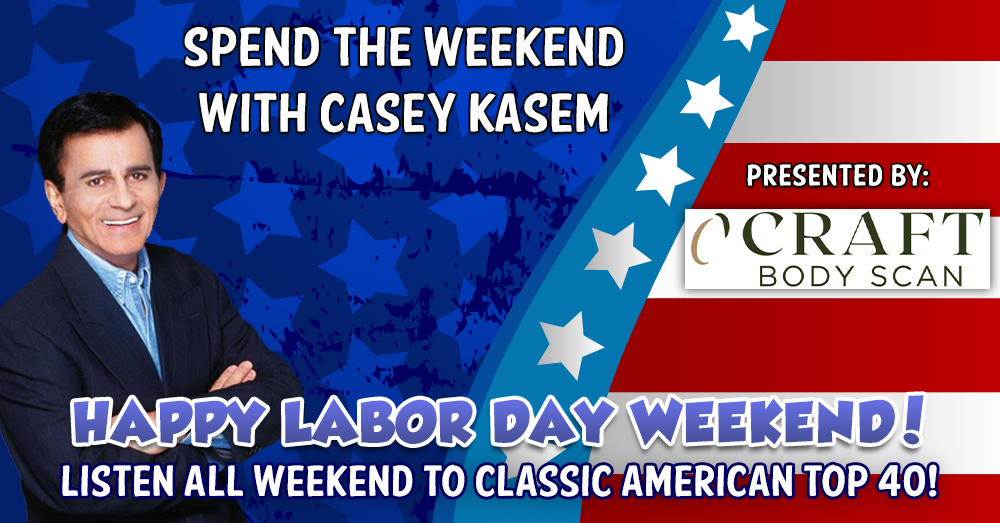 Saturday on AT40, hear a show from early September 1982 — back when he was called John Cougar and we were hearing his “Hurts So Good” for the first time. Rocky III scores a knockout on the big screen and its “Eye of The Tiger” is a radio hit. Light rock pretty much rules the Top 10:  Air Supply, Chicago, and Fleetwood Mac. Just for fun it’s “Valley Girl” by Moon Unit Zappa, and Steve Miller hopes to work some #1 magic with his “Abracadabra” zooming up the charts. Enjoy two chances to hear AT40 on KIX this Saturday:  from 6 a.m. – 10 a.m., or from 8 p.m. – midnight.

Sunday morning on KIX, Casey Kasem hosts an American Top 40 show that originally aired during this week in 1977! The first “Star Wars” movie had lines around the block, and two versions of the theme song and medley are on the survey. One-hit-wonder Meri Wilson is in with her innuendo-filled “Telephone Man.” Andy Gibb with “I Just Want to Be Your Everything” and Rita Coolidge’s “Higher and Higher” will challenge for the Top Spot, but The Emotions are riding high with “Best of My Love” — which has already spent two weeks at #1. Listen to The Countdown, Casey’s stories, and the Long Distance Dedications every Sunday from 9 a.m. – noon… only on KIX.