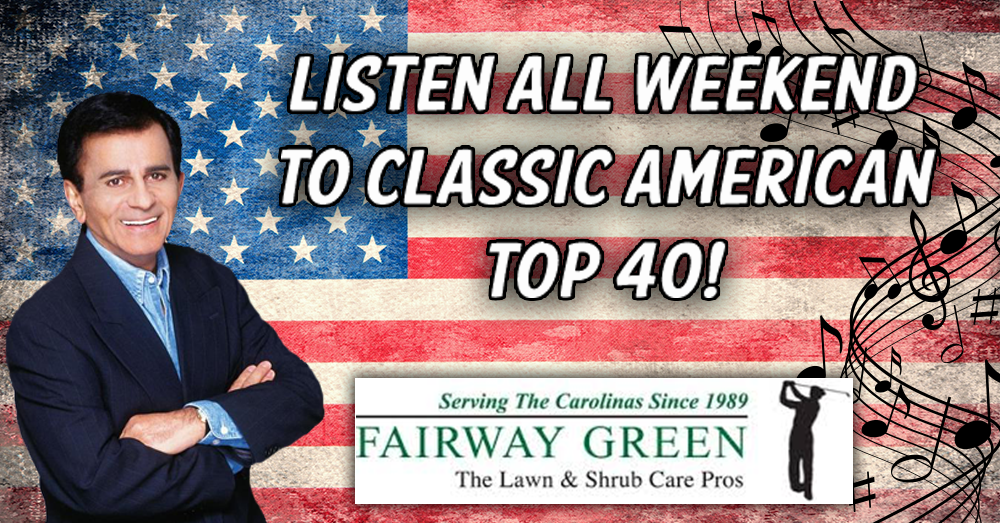 This weekend’s American Top 40 shows are brought to you by Fairway Green. If you want the best property in the neighborhood nothing beats a Fairway Green lawn. For a free estimate on seeding, fertilizer, weed prevention and more, go to FairwayGreen.com.

Saturday on AT40, hear a show from this week in 1983. We were watching “Flashdance” on the big screen and rockin’ with “Maniac” by Michael Sembello from the soundtrack. It was also the first time we heard these modern day classics:  “Sweet Dreams,” “Total Eclipse of the Heart,” and “She Works Hard for the Money.” The Police are in The Countdown twice with “Every Breath You Take” and “King of Pain.” And the wacky “Puttin On The Ritz” by one-hit-wonder Taco has found its way into the Top Five! Enjoy two chances to hear AT40 on KIX this Saturday:  from 6 a.m. – 10 a.m. and from 8 p.m. – midnight.

Sunday morning on KIX, Casey Kasem hosts an American Top 40 show that originally aired during this week in 1978. The “Grease” soundtrack continues its chart dominance with three songs in the Top 10! A brand-new band from Boston, The Cars, has their first hit with “Just What I Needed.” Another first timer, Rick James, is on the charts with “You and I.” And the lowly “Sgt. Pepper” movie is getting terrible reviews, but has a great soundtrack with Beatles re-dos by Robin Gibb, Aerosmith, and Earth Wind & Fire! Listen to The Countdown, Casey’s stories, and the Long Distance Dedications every Sunday from 9 a.m. – noon… only on KIX.