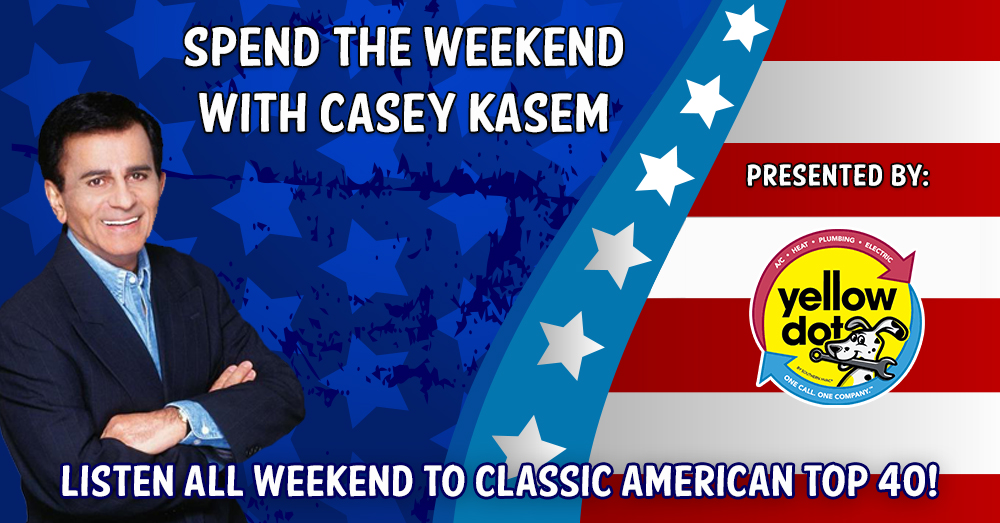 Saturday on AT40, hear a show from this week in 1981. Fast mover “Jessie’s Girl” by Rick Springfield is set to break into the Top 10. Country stars Ronnie Milsap and Eddie Rabbitt reside alongside rockers Foreigner and Journey. TV’s “Greatest American Hero” theme song is in The Countdown with the sliver screen’s  “Arthur’s Theme” by Christopher Cross. And Diana Ross and Lionel Richie have a monster hit on their hands with “Endless Love,” which has held the #1 spot for the past five weeks! Enjoy two chances to hear AT40 on KIX this Saturday:  from 6 a.m. – 10 a.m. and from 8 p.m. – midnight.

Sunday morning on KIX, Casey Kasem hosts an American Top 40 show that originally aired during this week in 1972. Hear another mixed bag of hits from Mac Davis, The O’Jays, and newcomer Rick Springfield — who is at #23 on The Countdown with his first hit, “Speak To The Sky.” We’ll also hear the quirky, instrumental “Popcorn” by Hot Butter and the spacey “Nights in White Satin” by The Moody Blues. Plus, James Brown shares air time with Arlo Guthrie and The Who, and Chuck Berry slips one past the Censors with “My Ding-A-Ling!” Listen to The Countdown, Casey’s stories, and the Long Distance Dedications this Sunday from 9 a.m. – noon… only on KIX.