Presented by North Carolina Opera featuring Fidelio! On Sunday, November 14, 2021 at 2:00 PM at Meymandi Concert Hall, Duke Energy Center for the Performing Arts FIDELIO is generously sponsored by Ross Lampe, Jr. FIDELIO is Beethoven’s only opera, based on a true story from the French Revolution about a woman who, disguised as a man, freed her husband from prison. The original version of the opera received its premiere in 1805 in Vienna, but thanks to Napoleonic invasion and French occupation, it attracted little notice at first. Beethoven took the opportunity to rewrite the piece – including several versions of the overture – and it was successful in its final version in 1814. The inspired music, the vigor and excitement of the rescue scene, the great chorus, the beauty of the Act I quartet (that has the same feel of a slow movement from one of Beethoven’s symphonies) won over the Viennese public and subsequent audiences. At the same time, the opera’s message of hope, and of liberation from tyranny has made the piece resonate with audiences around the world even beyond its musical impact. Arthur Fagen conducts the NCO Orchestra and Chorus. Alexandra LoBianco (previously seen here in Tosca and Siegfried) sings Leonore, and Carl Tanner (previously seen here in Pagliacci and Samson et Dalila) sings Florestan. Other returning artists include Kenneth Kellogg as Rocco and Takaoki Onishi as Don Fernando. 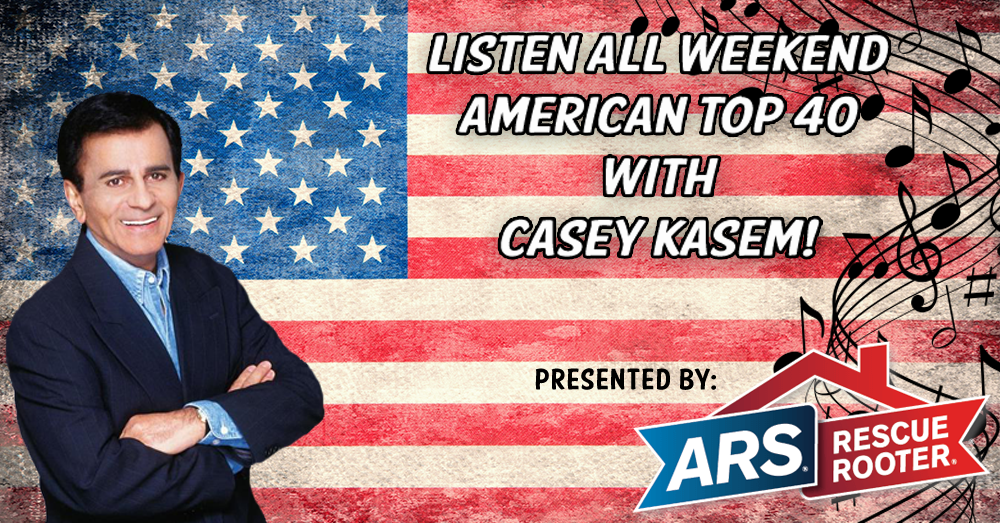 It’s the Original American Top 40 with Casey Kasem featuring hits from 1970 and 1984. Presented by ARS Rescue Rooter! For all your Heating, Cooling, and Plumbing needs. Go to www.arsraleighdurham.com and see online specials.… END_OF_DOCUMENT_TOKEN_TO_BE_REPLACED

It’s the Original American Top 40 with Casey Kasem … featuring hits from 1972 and 1982. Presented by Habitat for Humanity Restores and Affordable Dentures and Implants!… END_OF_DOCUMENT_TOKEN_TO_BE_REPLACED

It’s the original American Top 40 with Casey Kasem, featuring hits from 1974 and 1986! Presented by Newcomb and Company ….Turn to the experts at Newcomb and Company. Your comfort is our business. www.newcombandcompany.com Saturday on AT40 hear the big songs this week 1986.  Euro-pop invades the top ten: Nu Shooz (“I Can’t-Wait”), OMD (”If…… END_OF_DOCUMENT_TOKEN_TO_BE_REPLACED

AT40 on KIX is brought to you by Habitat for Humanity ReStores in Wake County. triangleReStores.com Saturday on AT40 it’s the big songs this week in 1980! Soft Rockers rule the Top Ten: Christopher Cross, Linda Ronstadt, Dr. Hook, and Air Supply…Gary Numan has a synth-EuroPop smash with “Cars”, Lipps Inc. scores a dance hit with…… END_OF_DOCUMENT_TOKEN_TO_BE_REPLACED

It’s the Original American Top 40 with Casey Kasem, featuring hits from 1975 and 1986! Presented this week by Rolesville Furniture! The no tax sale is going on now…  You not only get lower prices on a huge showroom full of furniture you can take home today, but you also won’t pay any tax!  Just ten minutes…… END_OF_DOCUMENT_TOKEN_TO_BE_REPLACED